Taking this opportunity, we would like to tell you about a wonderful cosy town of Kaş, nestling on a mountain slope at the very junction of the Mediterranean and Aegean Seas. Clean sea air and pine forests make it an ideal place for a family holiday. Mass tourism has expanded to this area yet, but the quality of service here is, nonetheless, quite good.

Accommodation options in Kaş can be divided into two categories:

From personal experience we believe that an ideal holiday in Kaş would be in a villa on the peninsula, if you have your own or rented car (which can be arranged on arrival at the Antalya airport). Public minibuses (dolmuş) function there at half an hour to one hour intervals during the summer season, but their routes are not always convenient for moving around the city. 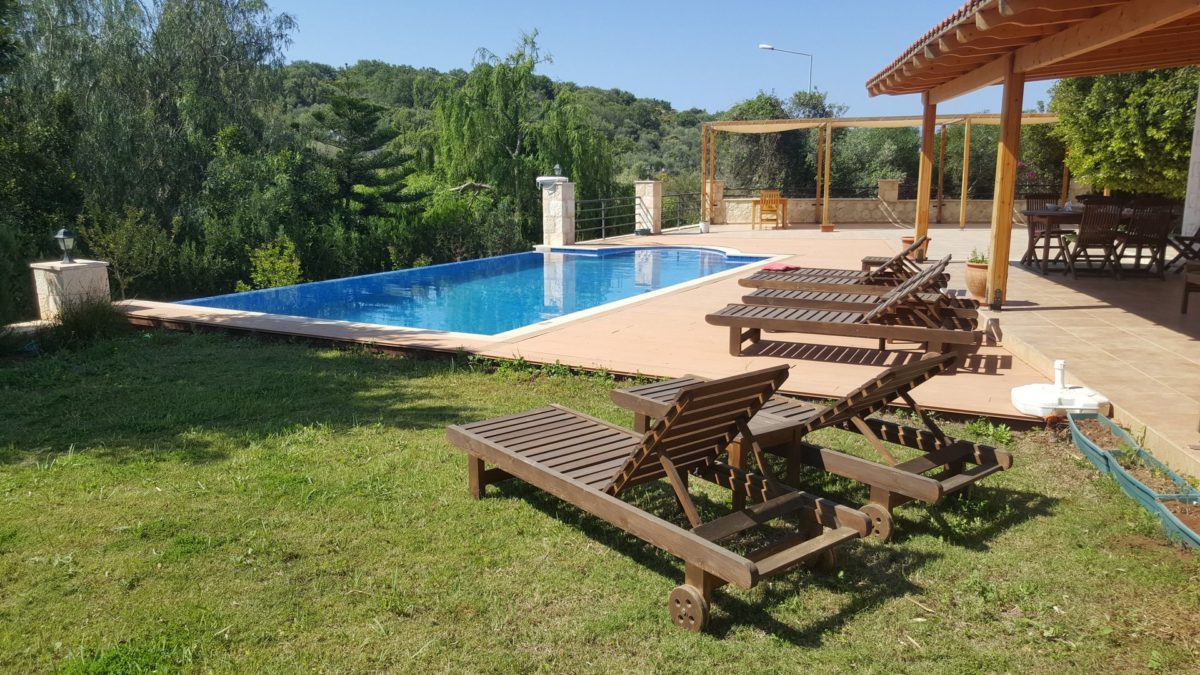 There are almost no shops on the peninsula, although numerous cafes, bars, and restaurants are readily available in summer. The cuisine in Kaş is a mixture of Turkish, European, and Mediterranean.

Brief outline of history and attractions

Despite its small size, Kaş has a long history. An ancient city used to flourish here centuries ago because of the maritime trade. The city was first inhabited by the Lycians, who erected monumental sarcophagi, including the two-story tomb of the Lion, and burial vaults carved in rocks that have preserved up to this day. 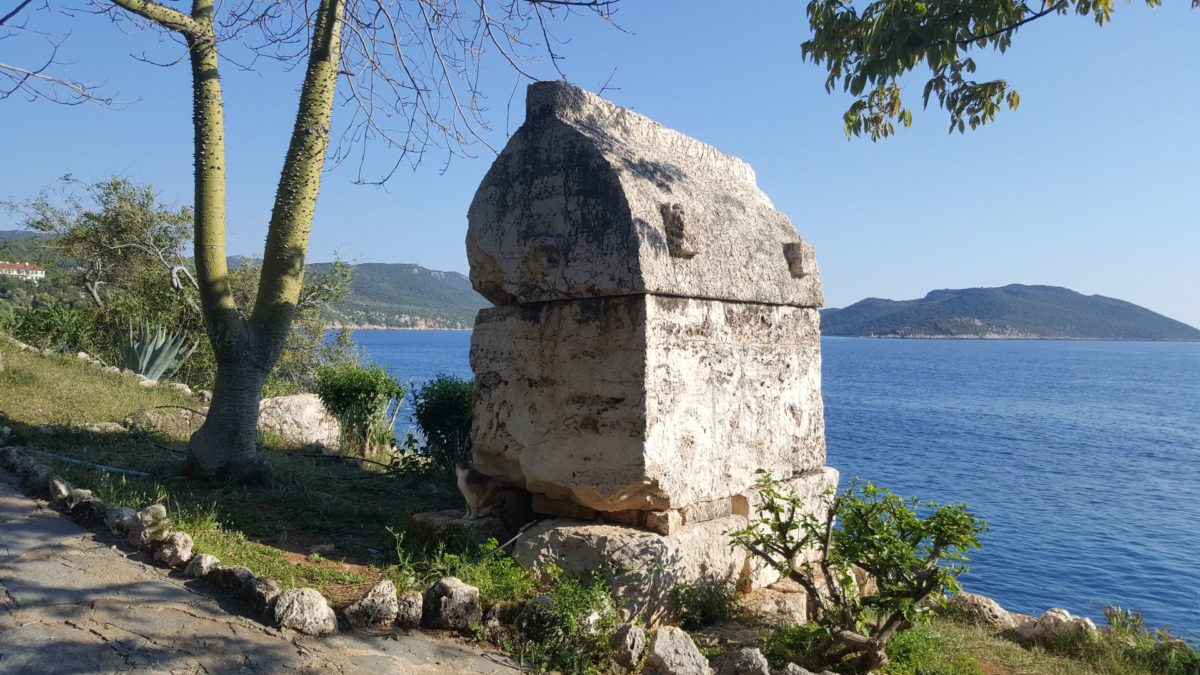 The Lycians were later replaced by the Greeks and Romans, who left behind the ruins of a temple and a small amphitheatre. In general, Kaş doesn’t have as many attractions as do other resorts in Turkey. However, a well preserved ancient city of Patara, so famous over the ancient Greek world for its Apollo temple and the Oracle, is located quite close to the city. It was where the future Bishop of Myra, Nicholas, more widely known as Nicholas the Wonderworker, was born in the 3rd century.

What to do in Kaş?

It is possible to go diving here. Renting equipment is very inexpensive and the underwater world is considered to be the richest in this part of the Mediterranean (at least in its Turkish part). There is a scuba diving school in Kaş too and the marine life includes barracudas, stingrays, turtles, octopuses, Moray eels, and groupers. 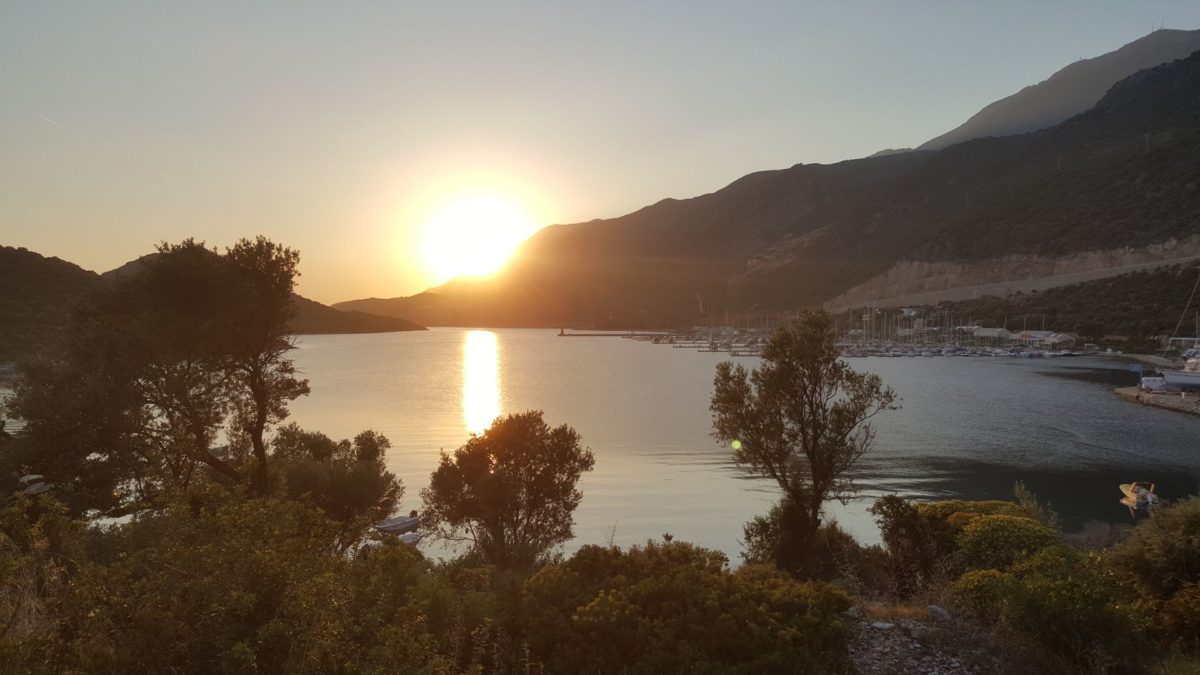 There are 15 diving sites in the vicinity of Kaş. The most distinguished is the one at the Uluburun Cape and bay, where at the depth of 40-60 m divers discovered an ancient ship. Another picturesque bay, at the depth of 20 m, is a resting place for the “Douglas” airplane, and at the Uçanbalik reef we can see an Italian torpedo bomber shot down during the World War II. Numerous ancient amphorae and anchors can also be encountered near the Kovanli island.

There are not many beaches in Kaş and they are all relatively small. The best of them are located at the base of the peninsula. Some of the hotels have their private beaches. As for the public city beach, it is not more than a field of concrete slabs with walkways to the water. Nevertheless, for some people this option is just enough. 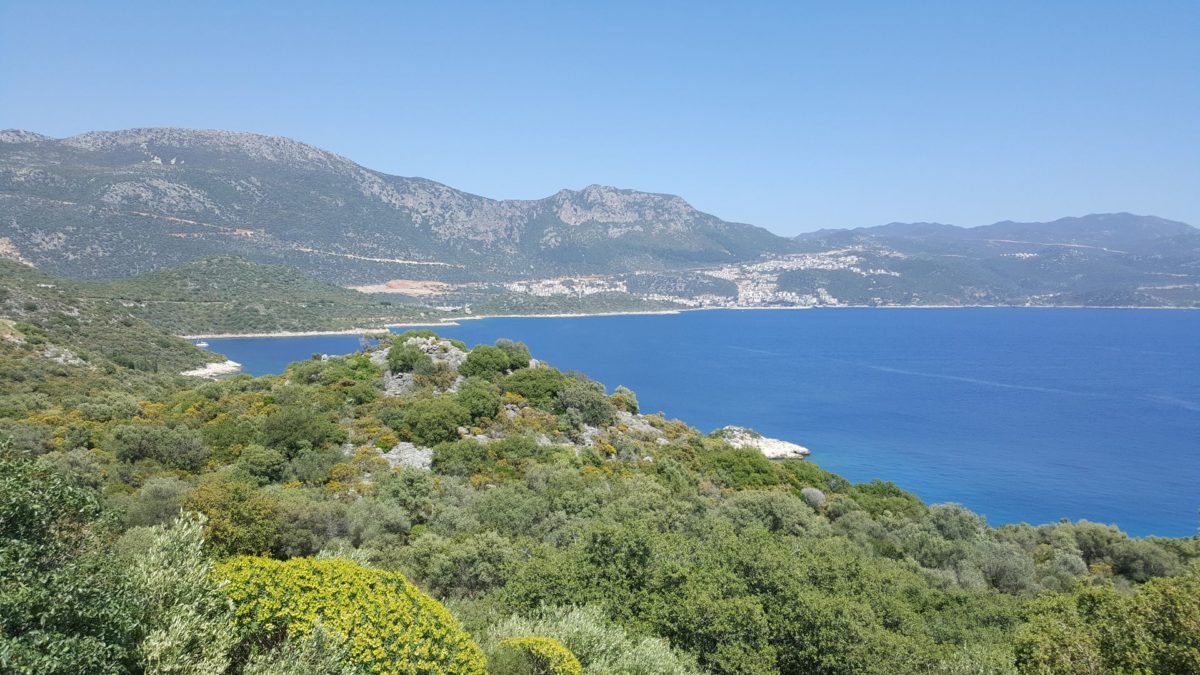 At the same time a small village Patara is located 41 km north of Kaş and the local beach is considered to be one of the finest and longest (about 20 km) in Turkey. Its entire territory is a natural preserve, being one of the breeding grounds for the Caretta sea turtles (Caretta caretta). Strict restrictions are in place during the mating season there to preserve the invaluable natural habitat.