Covered with a halo of mystery, the Lake Van - about which many have heard but few have seen - located in one of the most remote and hard-to-reach regions of Turkey.

The water in this several million years old unusual reservoir is not fresh, and not even just salty - it is a saline soda! The amazing turquoise hue and tremendous transparency of the lake are due to the fact that ordinary algae cannot live in it.

However, there is life in the Lake Van. For example, there is a unique Pearl Mullet (turk. İnci-Kefali or Darex), which spends most of its life in the lake, but rises to spawn in rivers, since sprawling required pure fresh water. Small fish overcome turbulent rapids, jumping out of the water making their way against the roaring stream. Spawning of Pearl Mullet stretched over time and usually lasts from late April to early July.

Various ancient civilizations arose and perished on the shores of Lake Van, the most famous of which was the Kingdom of Urartu. Its capital Tushpa was located on the eastern shore of the lake, near to today’s modern Van city. Ancient ruins of well-preserved fortress, tombs of kings and monumental cuneiform inscriptions carved into the rock - with most famous King Xerxes from the Achaemenid dynasty - impressive to this day. 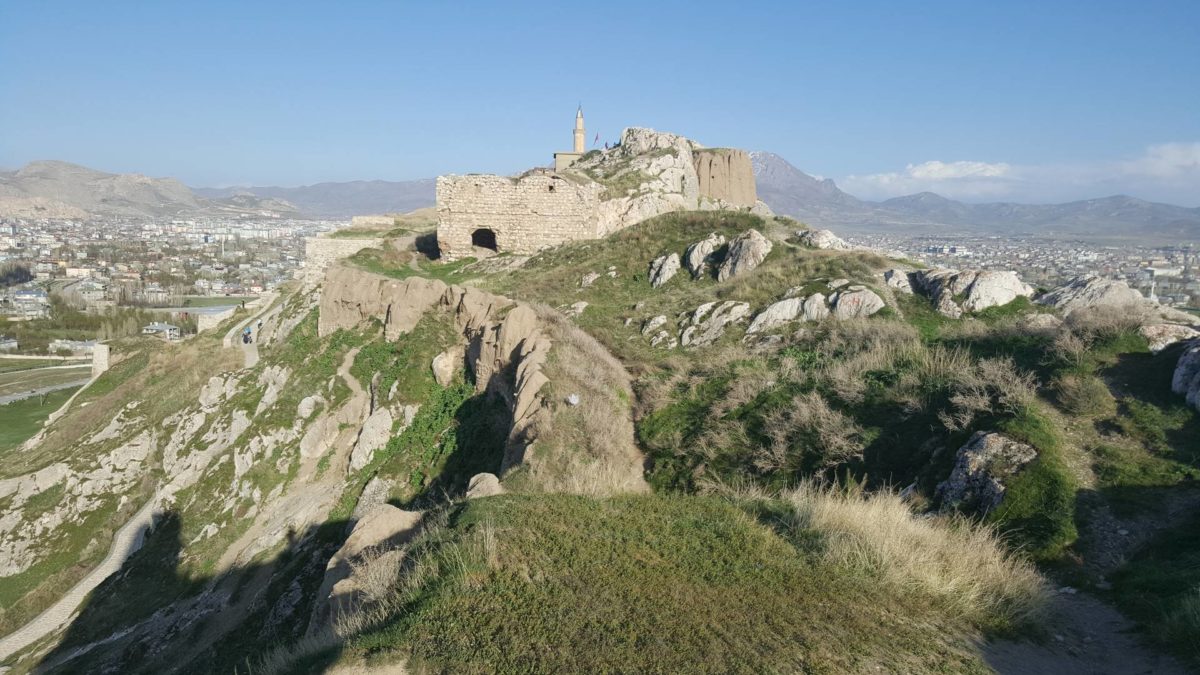 Arrival at the Van airport, transfer to the hotel. Welcome breakfast in Van Kahvaltisi style.

The first point is the old fortress on the outskirts of the city, near which the ancient Van city was located. It was founded during the time of the ancient kingdom of Urartu, with royal residence sited here, and was continually rebuilt during times. The most recent fortifications date back to the time of the Ottoman Empire.

To the south of the fortress you can see the remains of the old city, which was destroyed during the First World War. Only the ruins of two mosques of the Seljuks period are more or less preserved.

To the north of the cliff was the capital of Urartu - Tushpa, where archaeological excavations are currently underway. Part of the territory of the latter is open to the public. At the moment, a museum of the kingdom of Urartu is being built here. 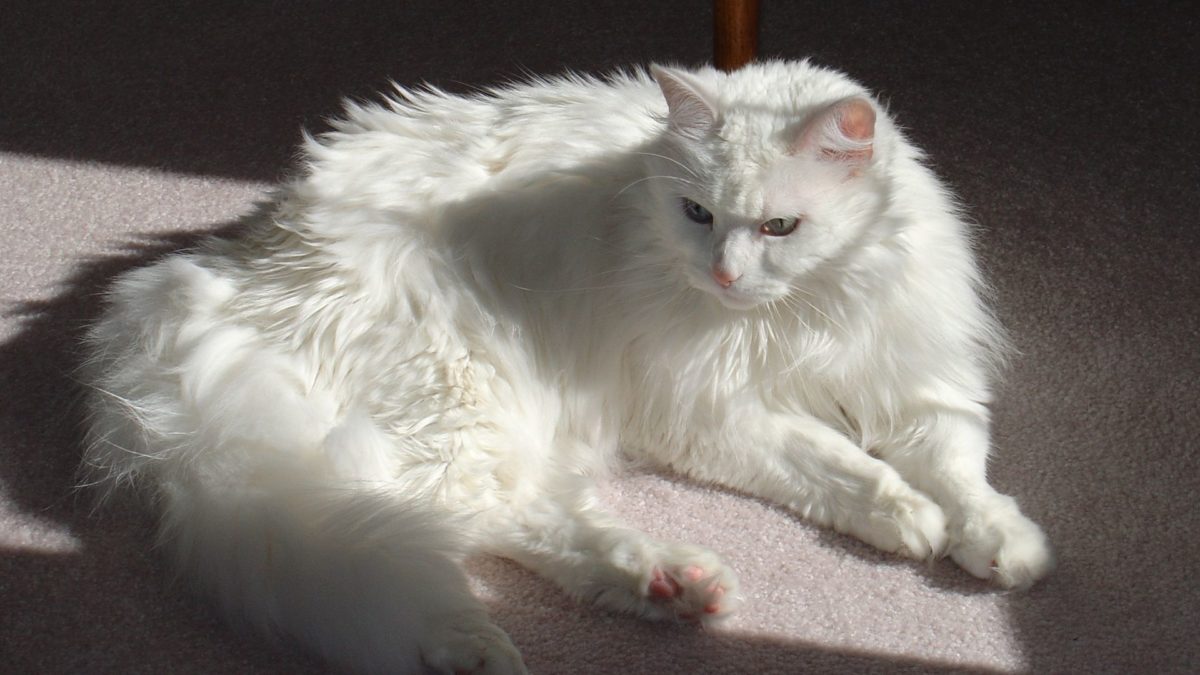 Our next point is a real Cat's House - the cattery of famous Turkish Van cats, the first mention of which dates back to the XVIII century. Luxurious white fluffy animals with different colored eyes are the most famous symbol of Van and are very popular all over the world. Unlike most other cats, the Turkish Van is not afraid of water, willingly takes baths and swims well.

Then we will take a walk on the bund of the city of Van (Van Iskele), get acquainted with the lake and meet the sunset. We will stay there for dinner, in the restaurant Martı ("The Seagull"), where you will have a great opportunity to palate a Pearl Mullet.

Return to the hotel, free time.

Day 2: Boat tour by the Lake 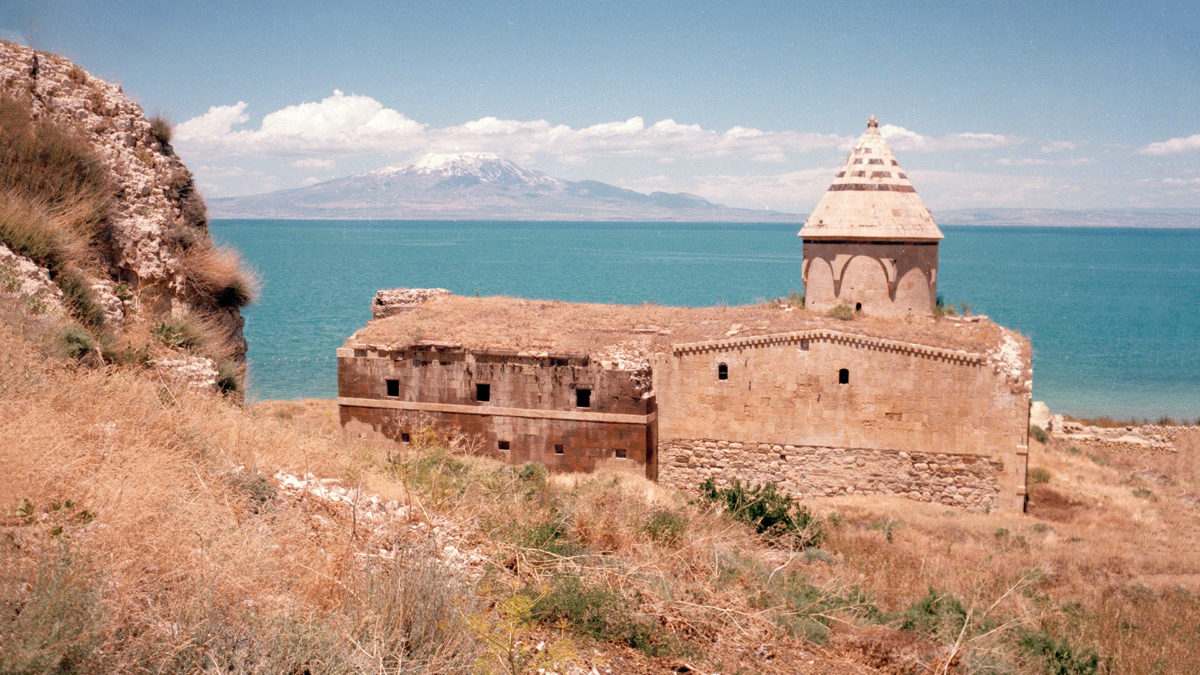 After breakfast we go on boat trip on the Lake. Our first point will be  Island northwest of the city of Van. Once there was the Armenian monastery Ktuts, which operated until 1918. To date it has survived quite well. The island also is a nesting site for countless birds. 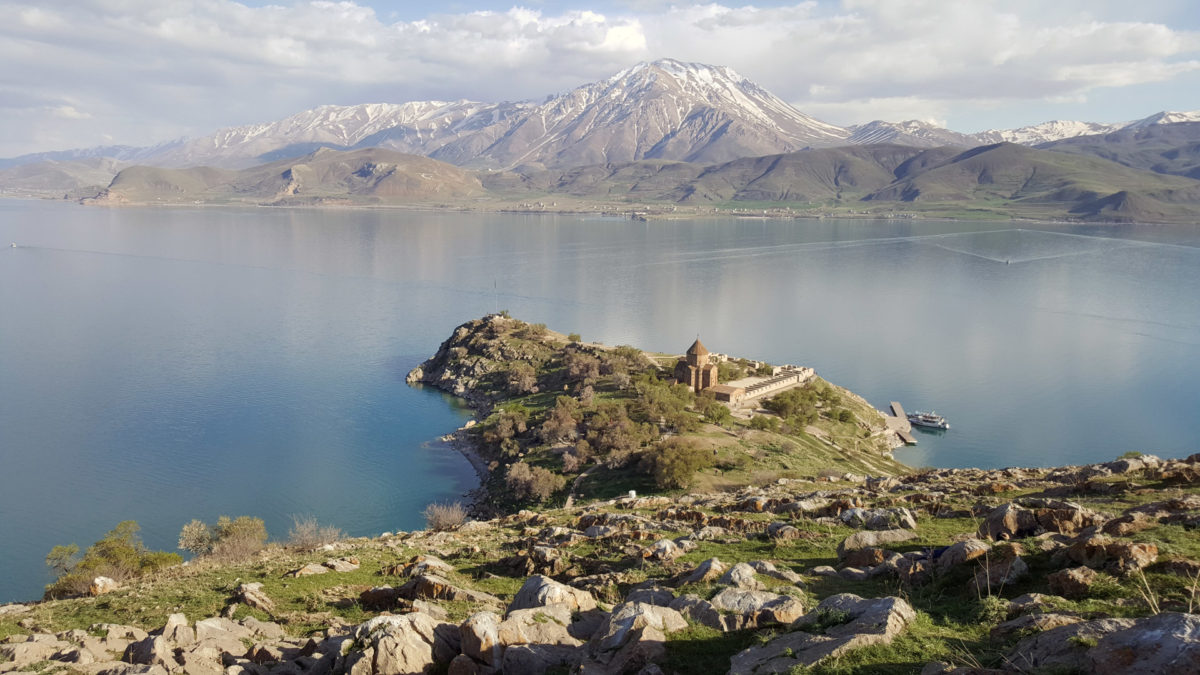 We will have lunch in the lake town of Gevash, then move to the island Akhtamar, the second largest on Lake Van. In X century the residence of the Armenian kings from Artsrunid dynasty was located here, and the church of St. Cross was built - where to a particle of cross on which, according to the teachings of Christianity, Jesus Christ was crucified, had been transferred from Iran. 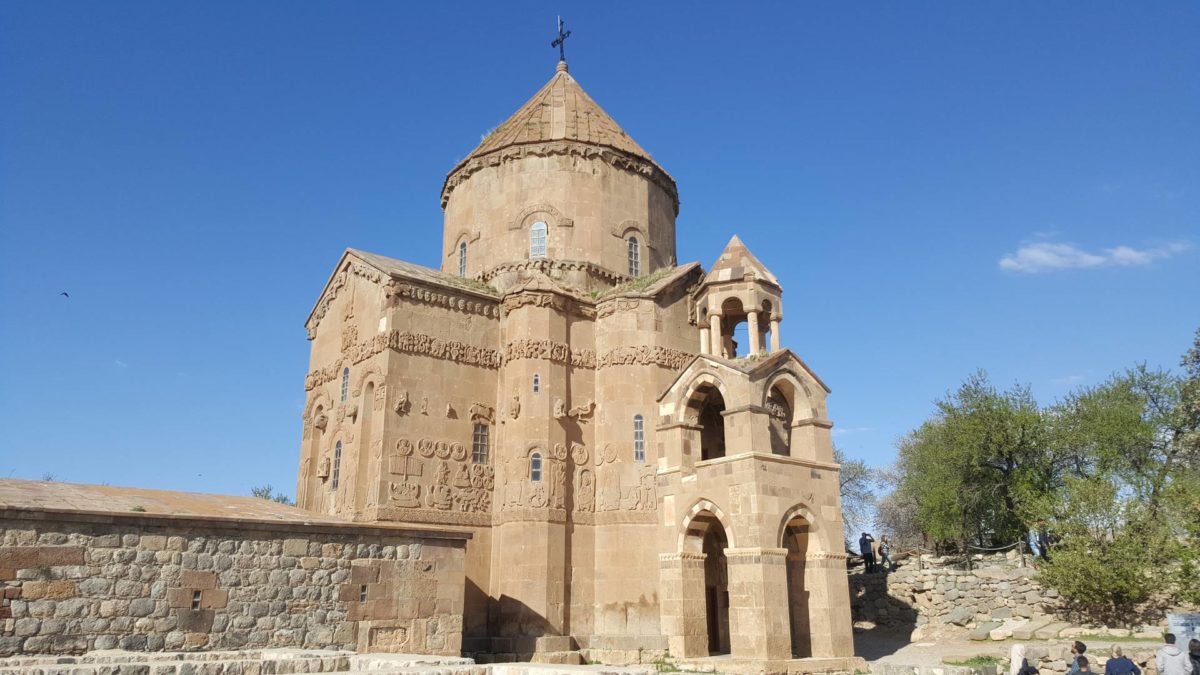 In 2005, the church was restored and is currently under the protection of UNESCO. At least once a year, the Armenian community holds services there with the permission of the Turkish authorities.

The walls of the temple are covered with gorgeous beauty bas-reliefs, which depict biblical scenes, as well as scenes from everyday life.

Note: depending on the weather conditions and navigation situation, a tour on the lake can be rescheduled to another day.

Day 3: Around the Lake Van 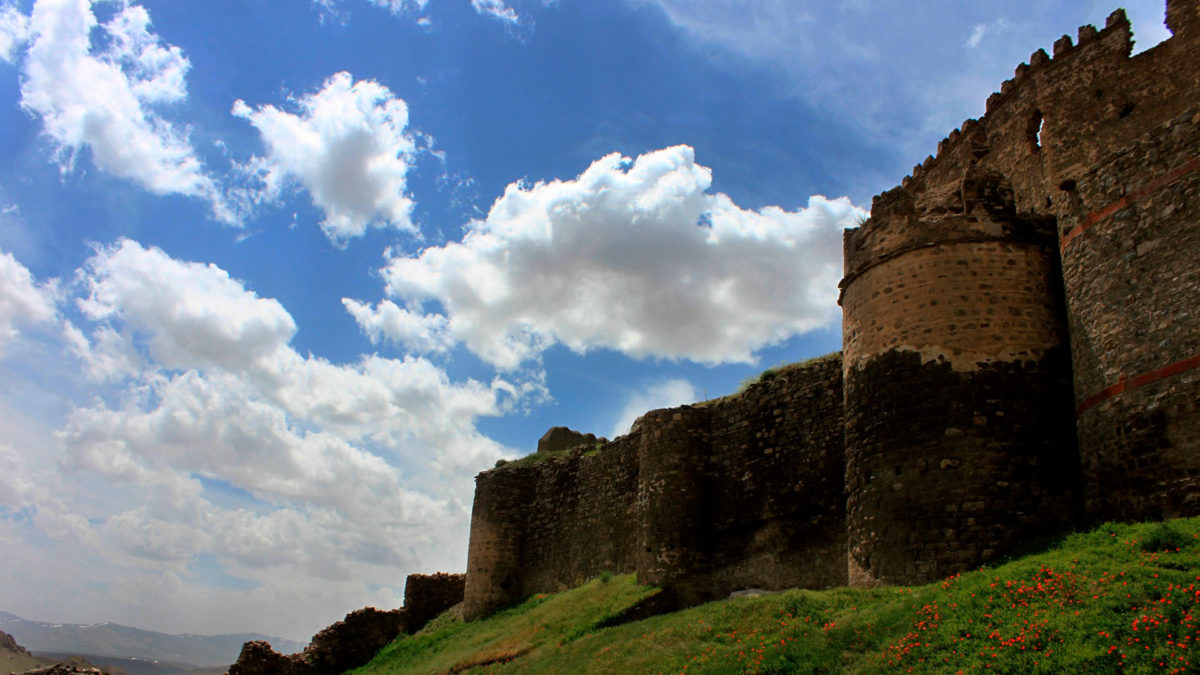 After breakfast we go on a trip around the outskirts of Lake Van. Our first point will be Khoshap fortress, located on the top of a high cliff.

The first fortifications on this site were erected during the kingdom of Urartu, in order to control the passage in the mountains. The present fortress was built in 1643 by Kud Emir Sarah Suleiman Mahmoudi. Even now, its unconquerable walls are greatly impressive.

Not far from the fortress the monastery of St. Bartholomew hid in the mountains. Like the monastery on the island of Chaparnak, it was abandoned during the First World War. It was built at the turn of the XIII and XIV centuries and was one of the largest and most famous Armenian monasteries of its time. For a long time, monastery of St. Bartholomew was closed to the public, but since 2012 tourists can visit this place.

Then we will continue our acquaintance with local cuisine during lunch in the village of Bashkale. But the most "delicious" will happen after the lunch. First, this is Vanadokia - a unique place, with the landscape very similar to Cappadocia. However, the local "stone mushrooms" remained unknown outside the region for a long time. 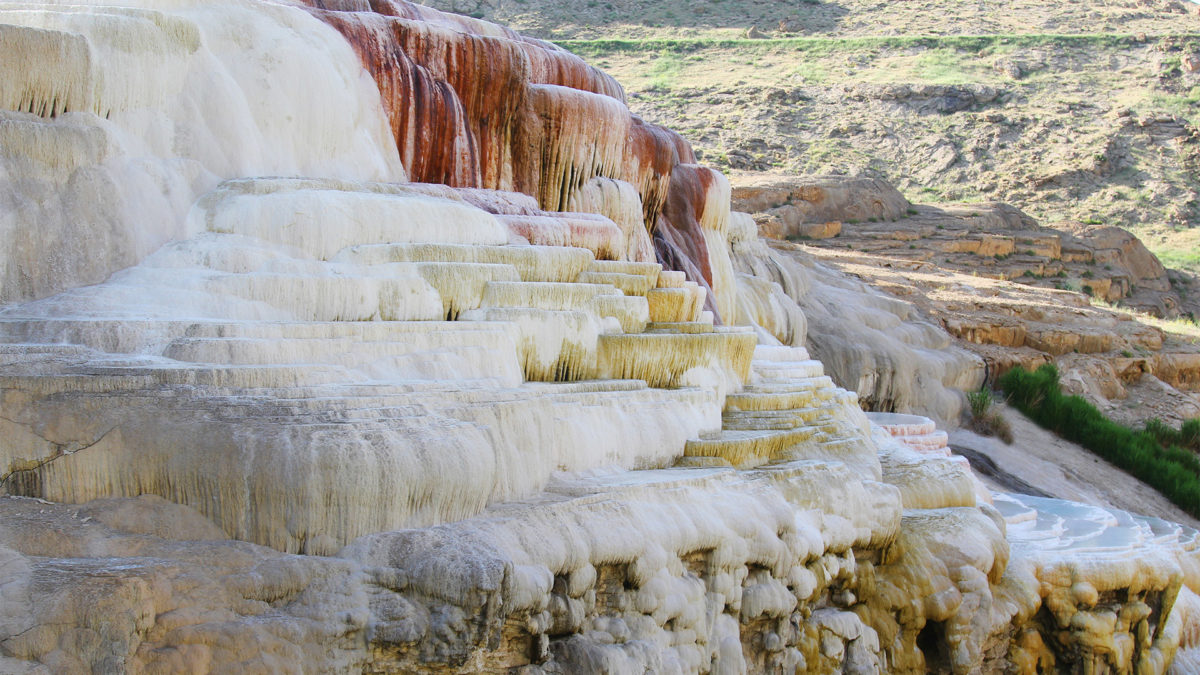 Then, there is the “second Pamukkale”, which is also located among the mountains in the vicinity of Bashkale village. There are the same white travertines and thermal waters, but even during the season there are almost no people due to the distance from the well-trodden tourist paths. Instead, there are mountains of incredible beauty and virgin nature. 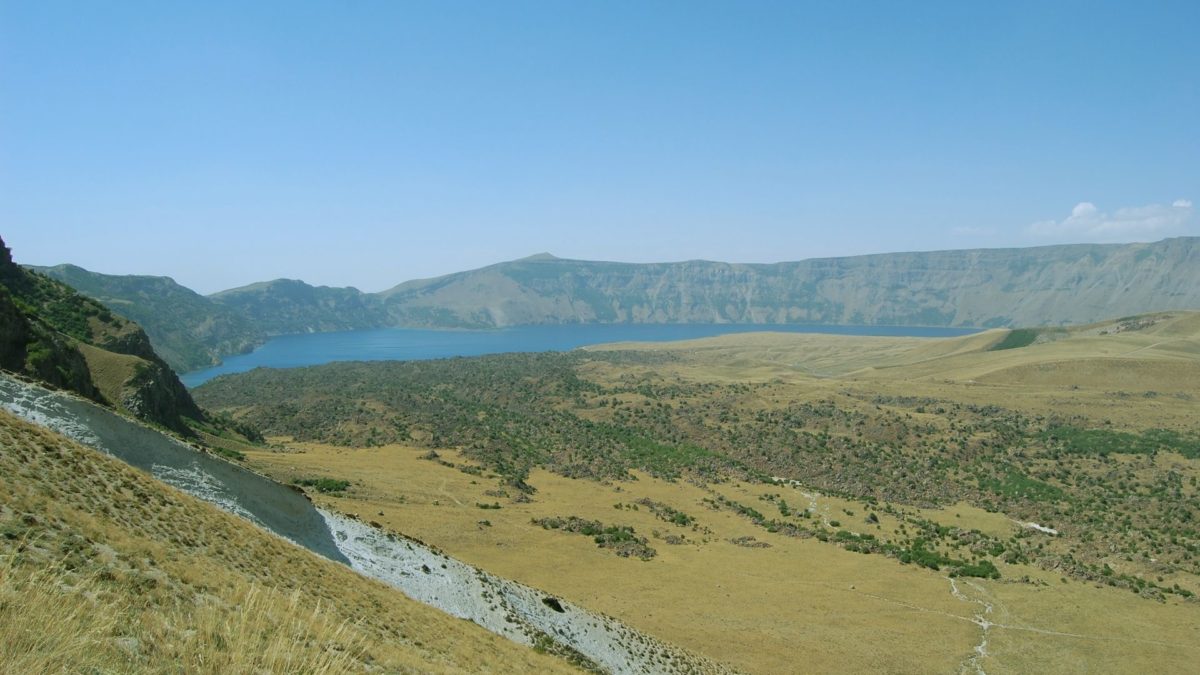 The environs of Lake Van are an area of geological activity, with numerous volcanoes that are currently considered extinct or dormant. The largest of them is Nemrut Volcano, which on a nice day is clearly seen from any point of the lake.

The last time Nemrut erupted in 1692. For a long while the volcano is sleeping, and its huge caldera measuring 8.3 x 7 km is a home for picturesque freshwater lake and a small salt-lake with thermal water.

According to research data, in ancient times there was a catastrophic eruption of the Nemrut volcano, a huge stream of burning lava over 60 km long blocked the flow of water from the Van basin. As a result, the relatively small at that time Lake Van grew significantly in size and acquired a modern look. Today, the height of the volcano is 2935 m.

After breakfast we go by car to the lifting point, from where we start an ascension. The slopes of the volcano are rather gentle, special training is not required.

For lunch will be presented lunchboxes. Return to the hotel on the same day.

Note: Volcano Nemrut (Nemrut-Dag) is sometimes confused with the mountain Nemrut-Dag (Nemrut), which is also located in Turkey and is widely known for the remains of stone statues of the Hellenistic period.

Day 5: End of the tour. Breakfast. Transfer to the airport. Departure