Our virtual voyage across the expanses of Turkey will head in a completely different direction today. We are in for a wonderful and delicious guide to the world of Turkish confectioneries. We do understand it may be regarded as “immoral” to choose such a subject during the quarantine, but we just can’t hold the impulse!

Let’s skip baklava and lukum as we believe everyone knows all about them. Why don’t we plunge into more refined yummies: 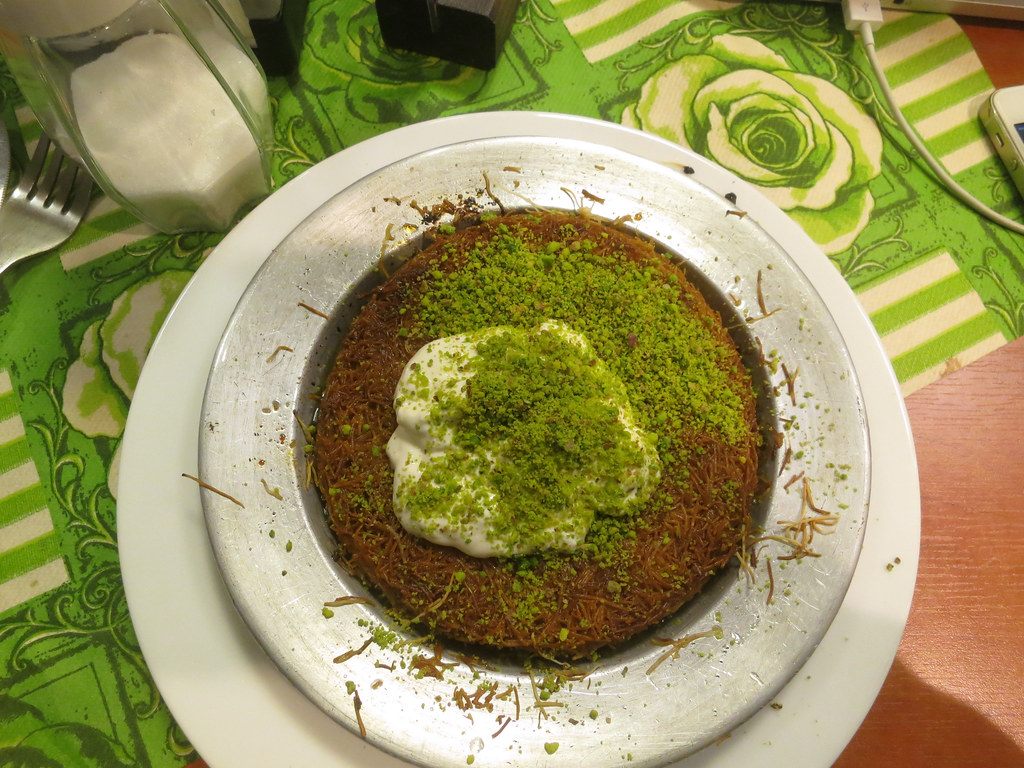 This is an unusual dessert of thin crispy noodles with melted cheese inside and saturated with sugar syrup. It is served under grated pistachios or hazelnuts, normally with ice cream. Tastiest “samples” a believed to come from the Hatay province. 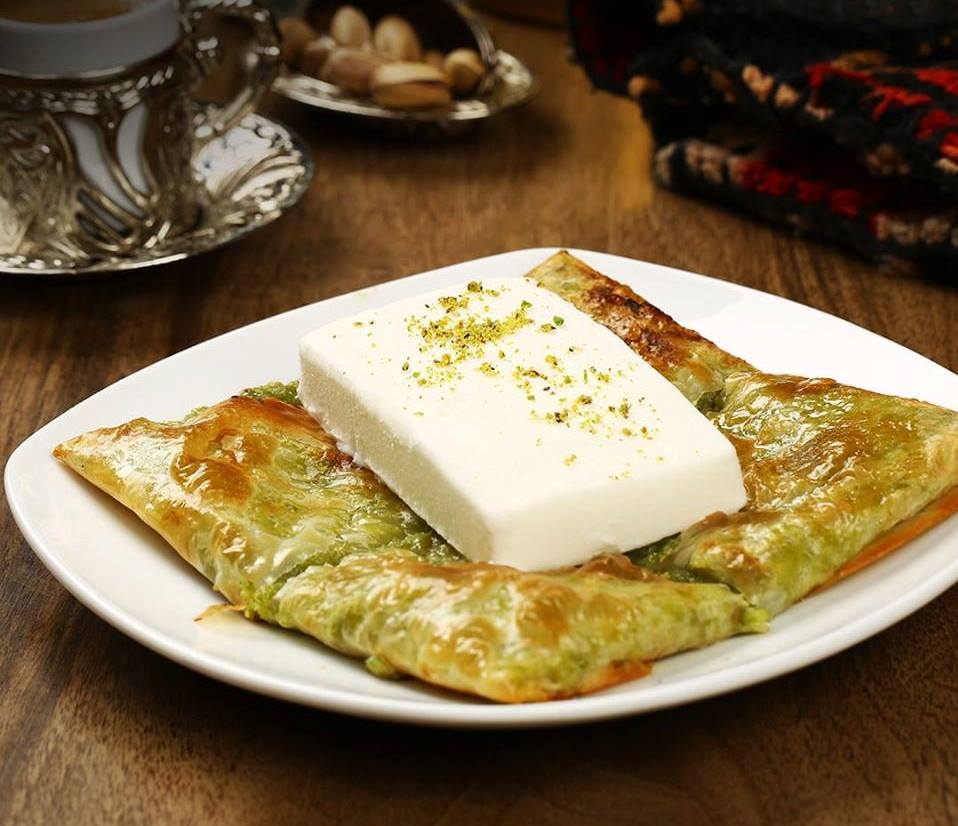 Another must-try Turkish dessert. A splendid combination of thin crunchy dough, pistachios, and thick Turkish cream “kaymak”. The best katmer is cooked in the Gaziantep province. 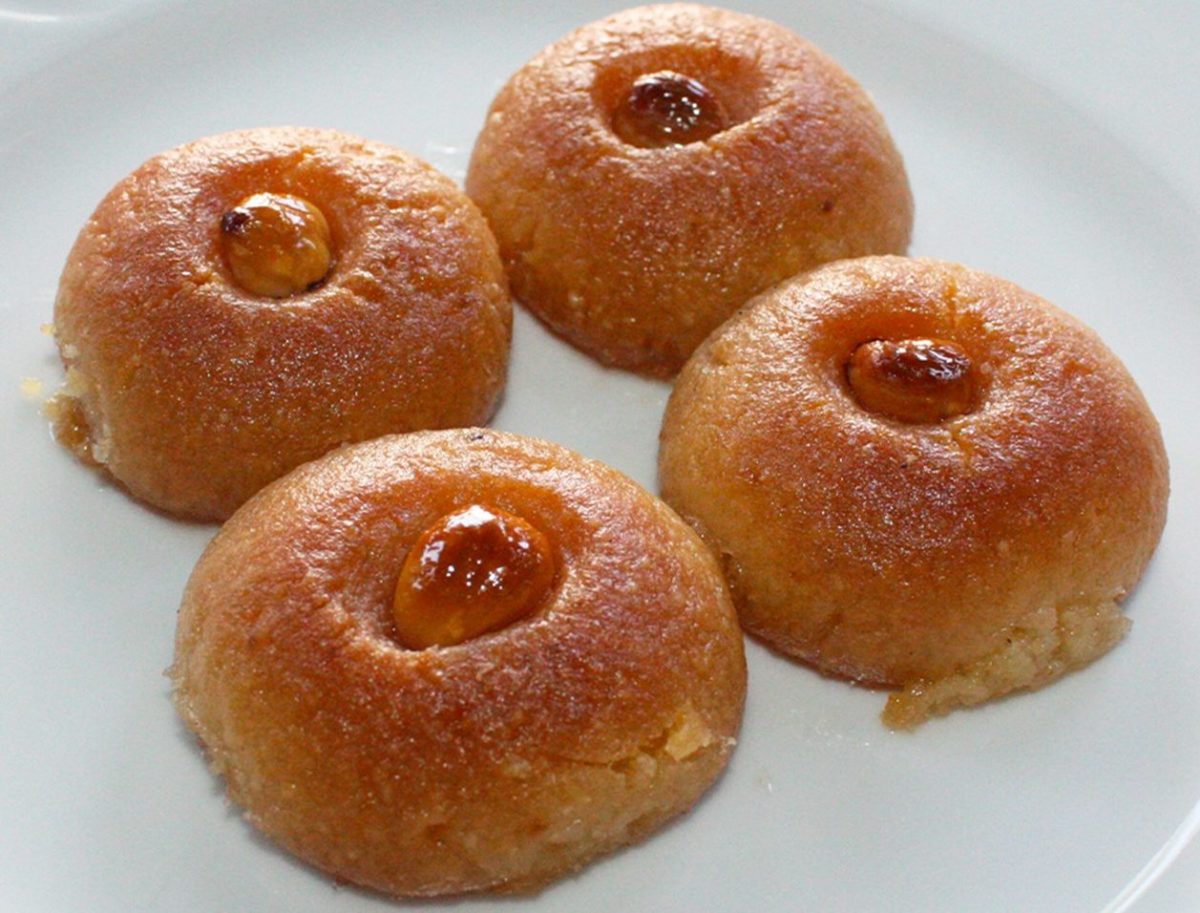 Traditional Turkish “wet” cookies, saturated with syrup after baking. Each piece has a whole hazelnut, or half a walnut, or more rarely an almond, inside. 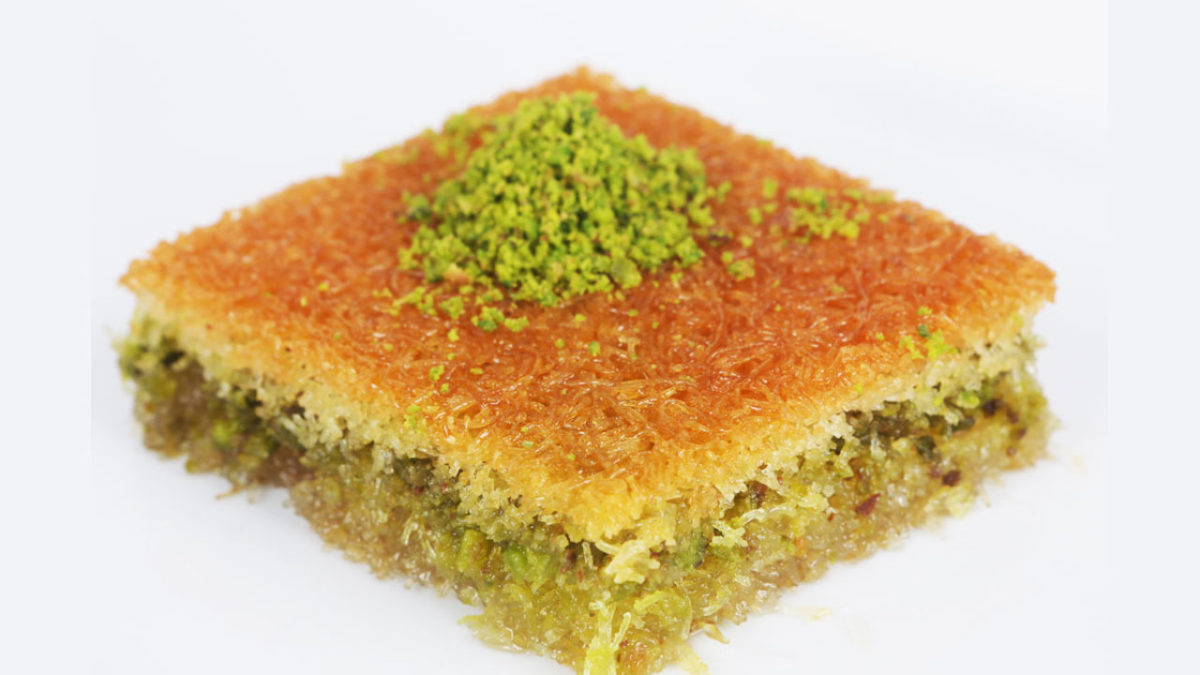 The closest relative to künefe, cooked in a similar manner but without cheese, it has a nutty filling and is also saturated with sweet syrup. 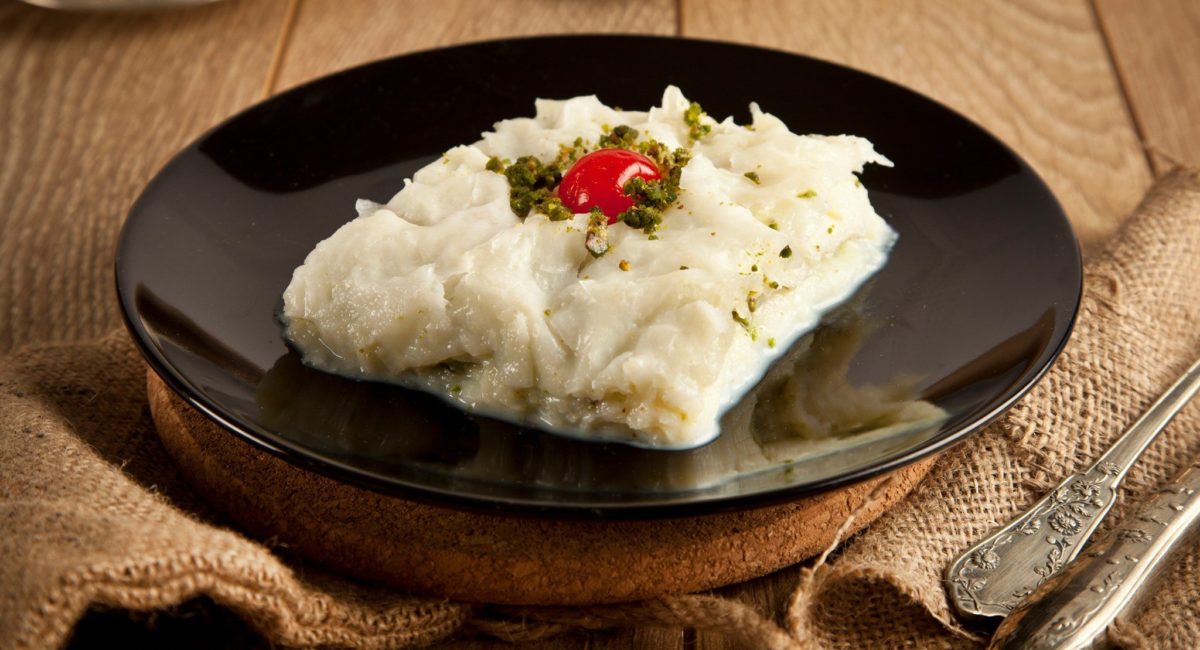 A special seasonal dessert cooked all over Turkey during the Holy month of Ramadan. According to a legend, it first appeared on the Sultan’s table in as long ago as 1489. It is made from the thinnest rice dough with pistachios and jam of rose petals. 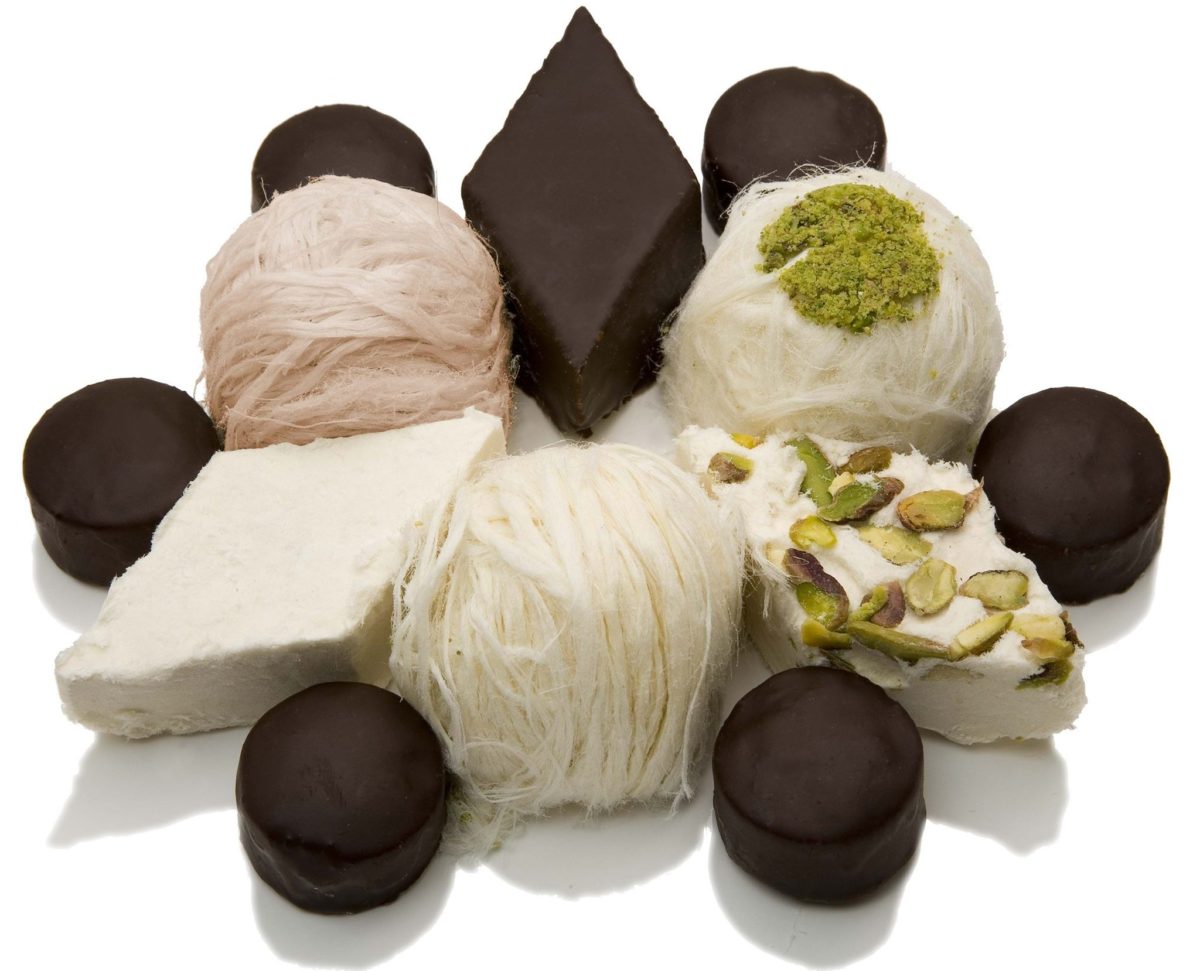 A tender delicacy resembling candyfloss by its texture and a ball of woollen threads by its appearance. It is made from flour and a viscous mass obtained through prolonged boiling of sugar syrup. It originates from the Kocaeli province (Izmit).

Not exactly the halva as one may imagine but rather an alternative version of pişmaniye. The sticky mass is pressed into dense cubes and then served with pistachios. We can see it on the above photo along with pişmaniye and chocolate sweets with a halva filling. 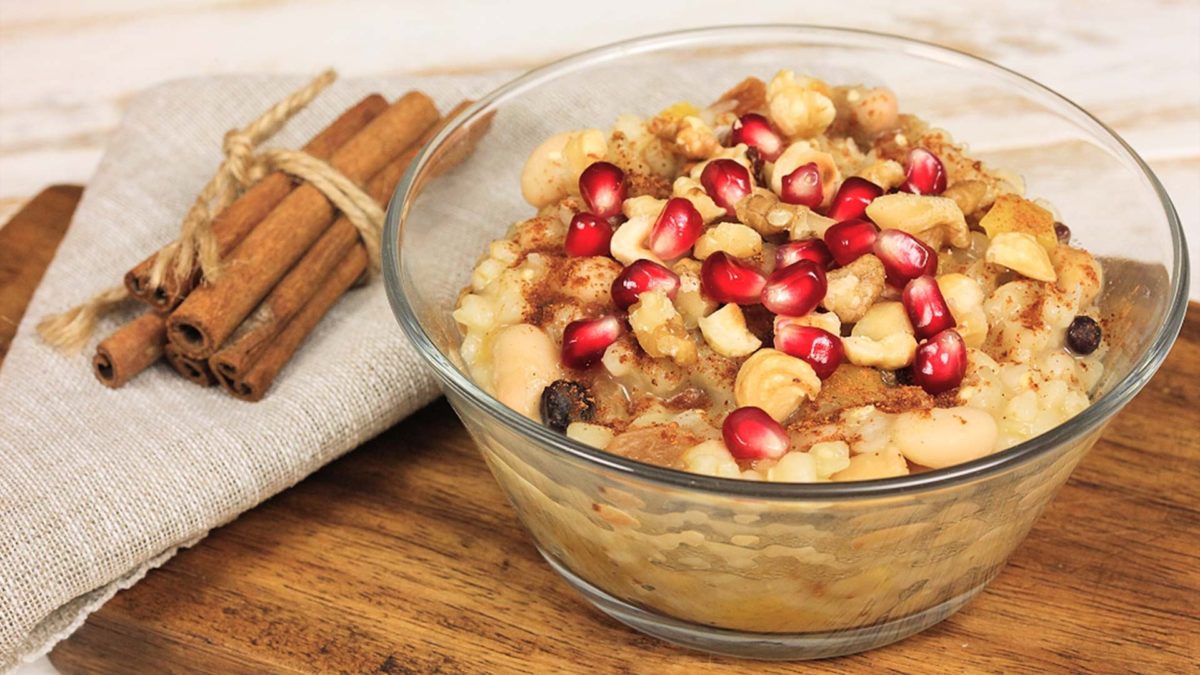 A very old Middle Eastern dish, regarded as a symbol of family affluence. It is made of a mixture of the legumes, wheat, rice, barley, dried fruits, cinnamon, pomegranate, nuts, and the citrus. This dessert is both delicious and healthy, containing an optimal amount of iron, protein, and glucose. 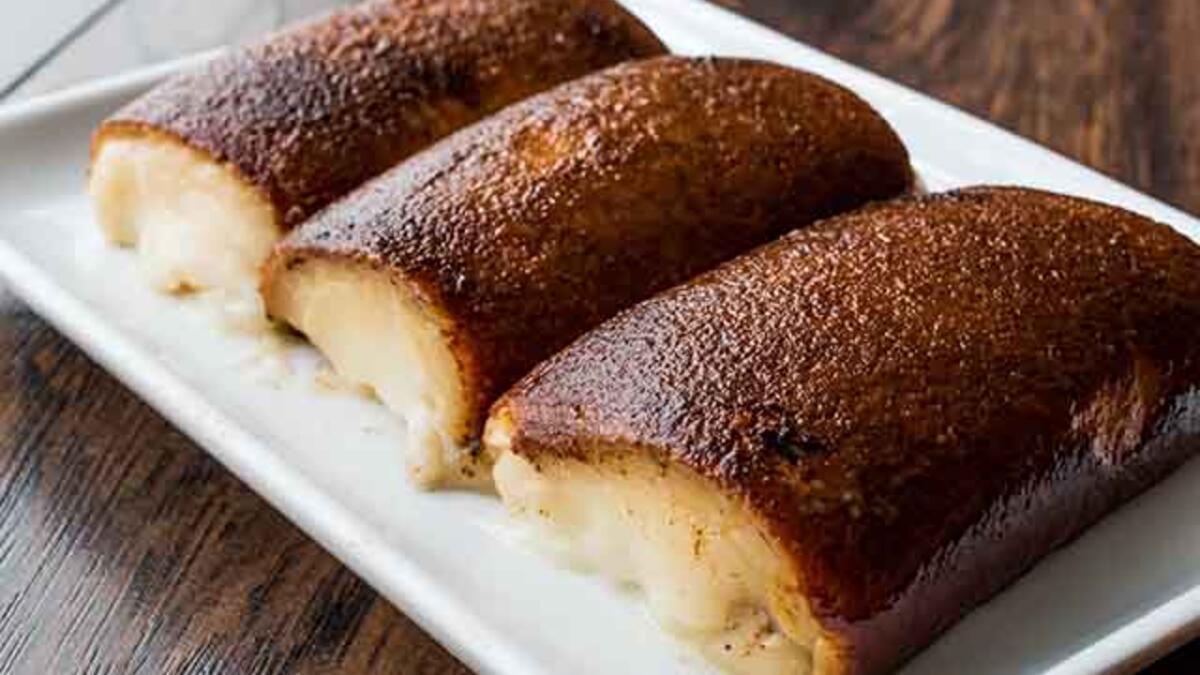 A milky and slightly sticky dessert with a rosy crust, it is made from rice flour, sugar, milk, butter, and starch. When served, it is dusted with sugar powder or ground nuts. 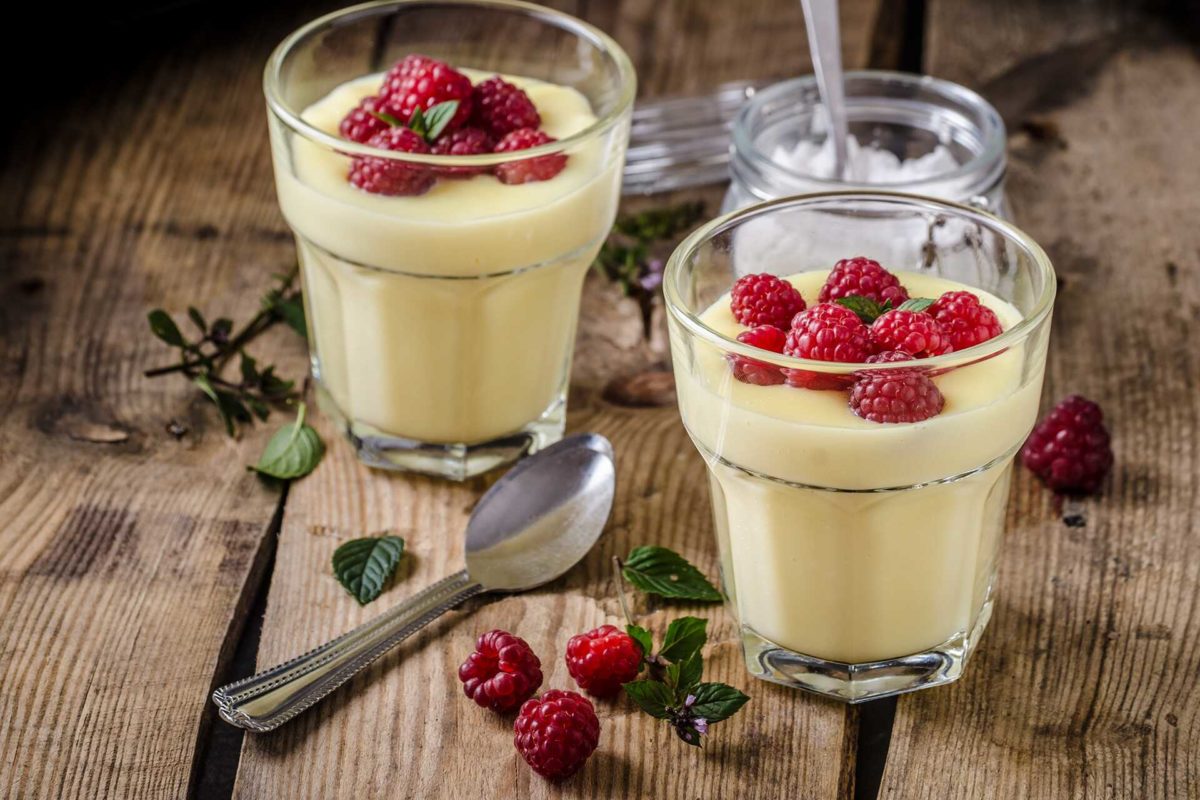 A light and healthy dessert made from rice flour, milk, and corn starch, with a little bit of vanilla sugar and ground cinnamon. It is served cold and often with a fruit jam topping.

No wonder, this is but a “tip of an iceberg” of the endless variety of Turkish sweets, which can be narrated about for a long while. What kind of Turkish sweets do you like or perhaps even cook? Welcome to discuss it in the comments!