The name of the Hatay province, and its administrative center Antakya, means almost nothing to a vast majority of foreign visitors of Turkey. However, this South–Eastern region of the country, washed by the warm waters of the Mediterranean, has enormous tourist potential, and the Turkish authorities have been making noticeable efforts to develop the region and attract investments.

What is Hatay like? It’s miles of splendid beaches, beautiful bays, enchanting beauty of the mountains, virgin nature, striking concentration of historical sites in a small area, and an excellent cuisine that absorbed Turkish, Arabic, Syrian, Lebanese, and other gastronomic motives for centuries. Turkish people consider it one of the best in the country. 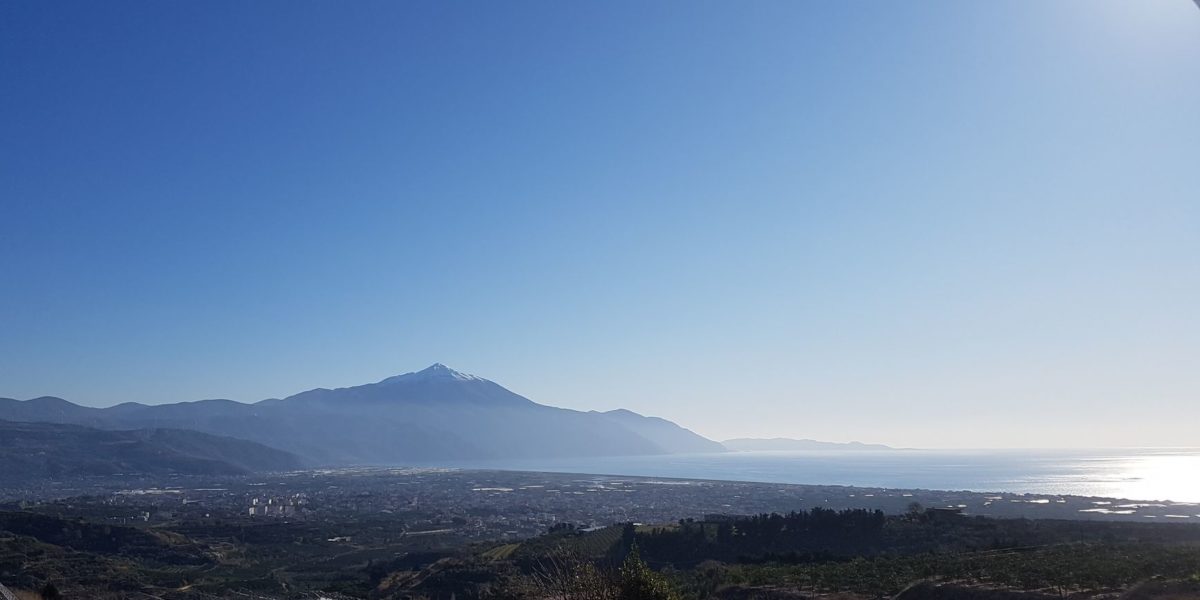 The ethnic and cultural diversity of Hatay may surpass even that of Istanbul. The region is historically a home to a large Arabic community (numbering more than a quarter of the population), comprised of the Sunnis, Alawites, and Christians. Syrian Turkmens (or Turkomans), relatives of Anatolian Turks, Arameans (also known as Assyrians), Greeks, Armenians, Jews, Kurds, and representatives of various other ethnic groups can also be encountered here.

The most popular seaside destination in the Hatay province is a small town of Arsuz, which lies on the shore of a picturesque bay. Many hotels and guesthouses are located there. The cost of accommodation during the summer season would start from 50 euro for a double room (Full board).

Those looking for a more budget option should consider the Samandag district in the south of the province. Though tourist infrastructure is not as developed there, it is being progressively improved. An advantage of staying there is the proximity to the main historical sites of Hatay and Antakya.

As a part of the so-called “Fertile Crescent”, the Hatay region has been inhabited since the time immemorial. Expansion of trade routes brought about the rapid development of the urban culture. The so-called “Syrian gates” – a natural pass in the Amanos mountains of the region – facilitated the development of the main road that connected Cilicia and Syria for millennia.

Around 300 BC Seleucus I Nicator, one of the generals of Alexander the great, founded a city on the left bank of the Orontes River and called it Antioch the Great or Antioch-on-Orontes, now known as Antakya. It became the capital of the huge Seleucid Kingdom, which in its heyday stretched from the Aegean Sea to India. Location of the city was carefully chosen – this was the crossroads for caravans transferring merchandise from North to South and East to West.

Unlike ancient cities of the Middle East, Antioch had been well planned. It was originally divided into four districts each of which surrounded by a protective wall and with an outer defensive wall around the whole city. Very quickly Antioch turned into a true metropolis of the ancient world, accommodating not less than half a million residents, which is almost 2.5 times higher than the present day population of Antakya. 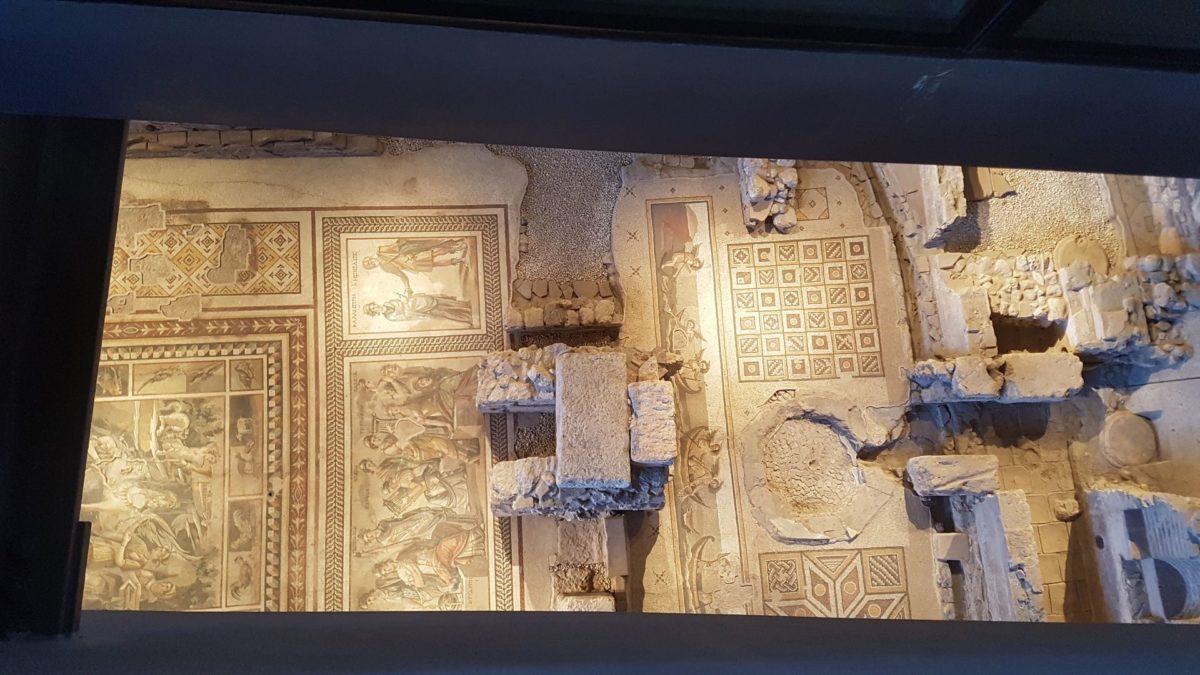 Having been absorbed by Rome, Antioch became the centre of the Roman province of Syria. At that time a unique synthesis of the Greek, Roman, Syrian, Jewish, and other Middle Eastern cultures was taking place there. As early as in the 1st century AD, Antioch became an important centre of early Christianity. The final separation of the new faith from the ancient Jewish religion, when followers of the Christ first called themselves Christians, is believed to have happened here too. 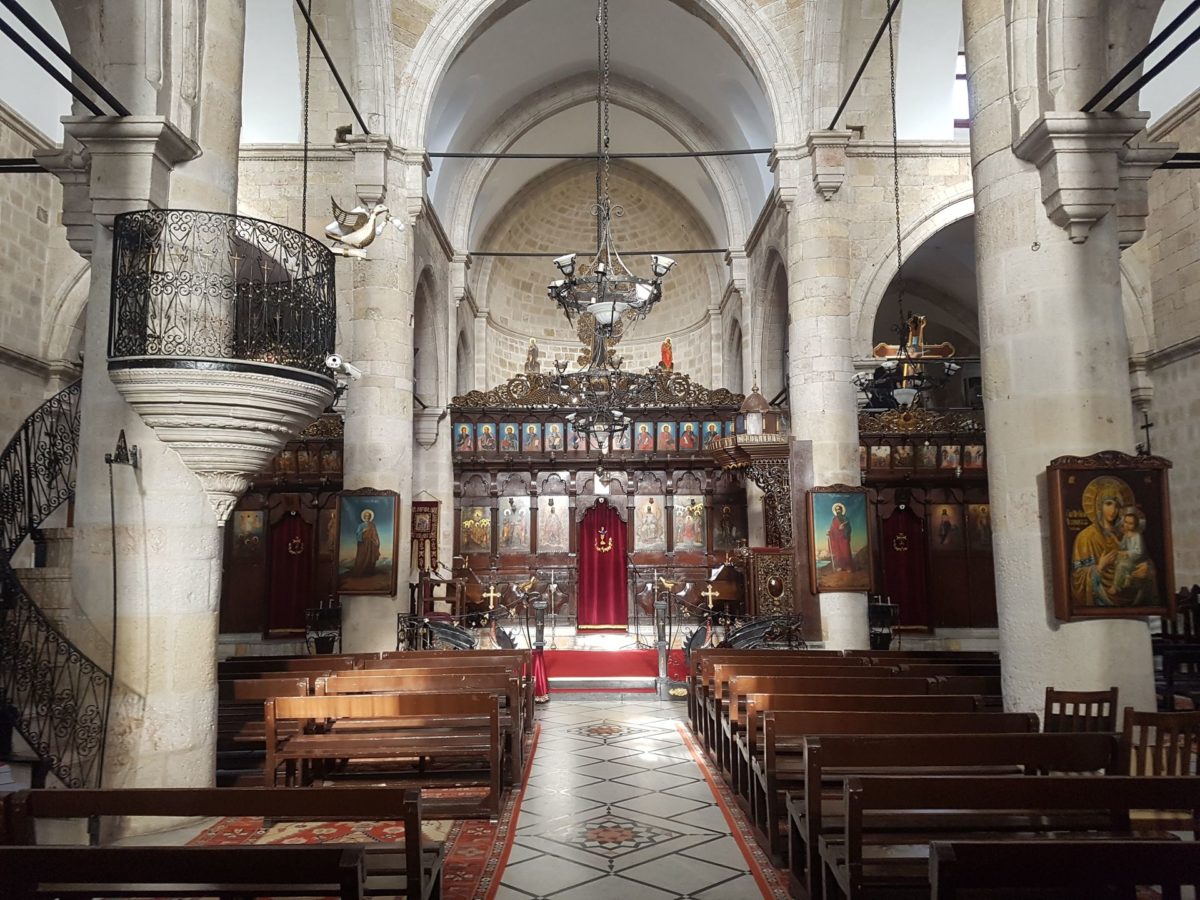 This was exactly the centre of the Church of Antioch – one of the four oldest autocephalous churches. The local theological school enjoyed a great influence in the Christian world for many centuries. St. John Chrysostom is also believed to have been educated in Antioch. Majestic Christian temples, including the still extant Church of St. Peter, carved in the rock, were erected in the city under the Emperor Constantine the Great.

Gradual decline of the Eastern Roman Empire and the strategic location of the city made it a desirable prize for invaders. The battle that went down in history as the Battle of Iron Bridge had taken place near Antioch in 637 AD. Complete defeat of the Byzantine army paved the way for the Arab conquest of inner Anatolia. The city had remained under Muslim control for long 330 years, until it was won back by the Byzantines late in the 10th century.

Large-scale construction started in Antioch under the Emperor Nicephorus II Phocas. Old churches and the Patriarch’s residence were rebuilt and renovated and such new temples as the Basilica of St. George, the Church of St. Luca, and the Church of St. John Chrysostom were also erected during his rule. City walls were improved and an impregnable citadel was erected on the top of the Silp mount as a measure against the looming Muslim threat. It was the time when impregnable Antioch not only attracted Christians from all over the Middle East, but also Armenians and Georgians from the Caucasus.

Crusades and Decline of the Great Antioch

The reinforced fortifications, unfortunately, could not prevent new invasions of the city. Late in the 11th century Antioch repeatedly changed masters, being passed from one Muslim ruler to another one. A new leaf in the history of the place was turned over in 1098, when following a lasting and exhausting siege it was seized by the crusaders on their journey to the Holy Land. The city became an important Middle Eastern base for the knights and the centre of the Antioch Principality ruled by descendants of Boemondo I, a famed general of his time in whose veins flowed the blood of the Vikings.

New cultural trends of the West penetrated Antioch with crusaders. Gothic influence gradually became apparent through new architectural features. Unfortunately it was a merciless time and not much of the Crusade period architecture has survived up till the present day. The city was conquered and heavily damaged by the Mamluk Sultan Baybars in the second half of the 13th century, which marked the beginning of its gradual decline. The situation became more pronounced with the Patriarch of the Antioch Church moving to Damascus in 1342

ATTRACTIONS OF THE HATAY PROVINCE

The old citadel of Antioch founded by Seleucus I Nicator. The remaining fortifications date back to the 11-13th centuries when the citadel served as a crusaders’ castle. 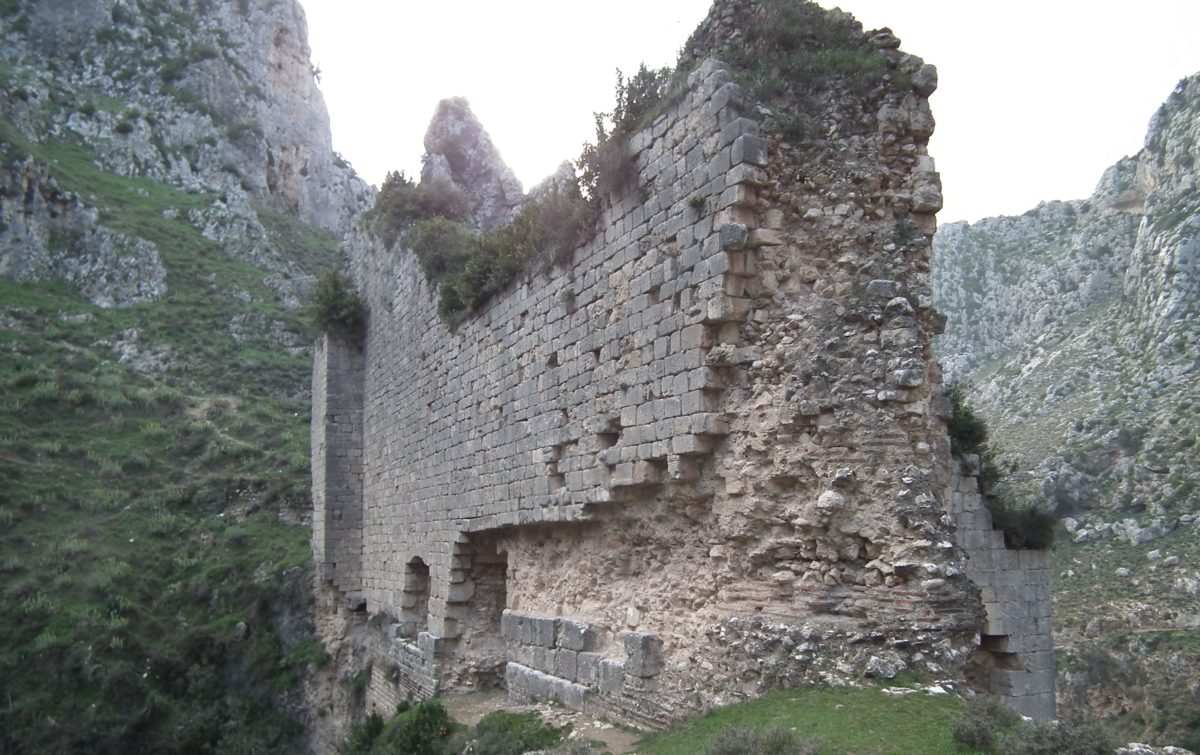 The Church of St. Peter, with its caves cutting deep into the rock, has attracted pilgrims from remote corners of the Christian world since antiquity. Modern Antakya remains a home to a large Christian community. 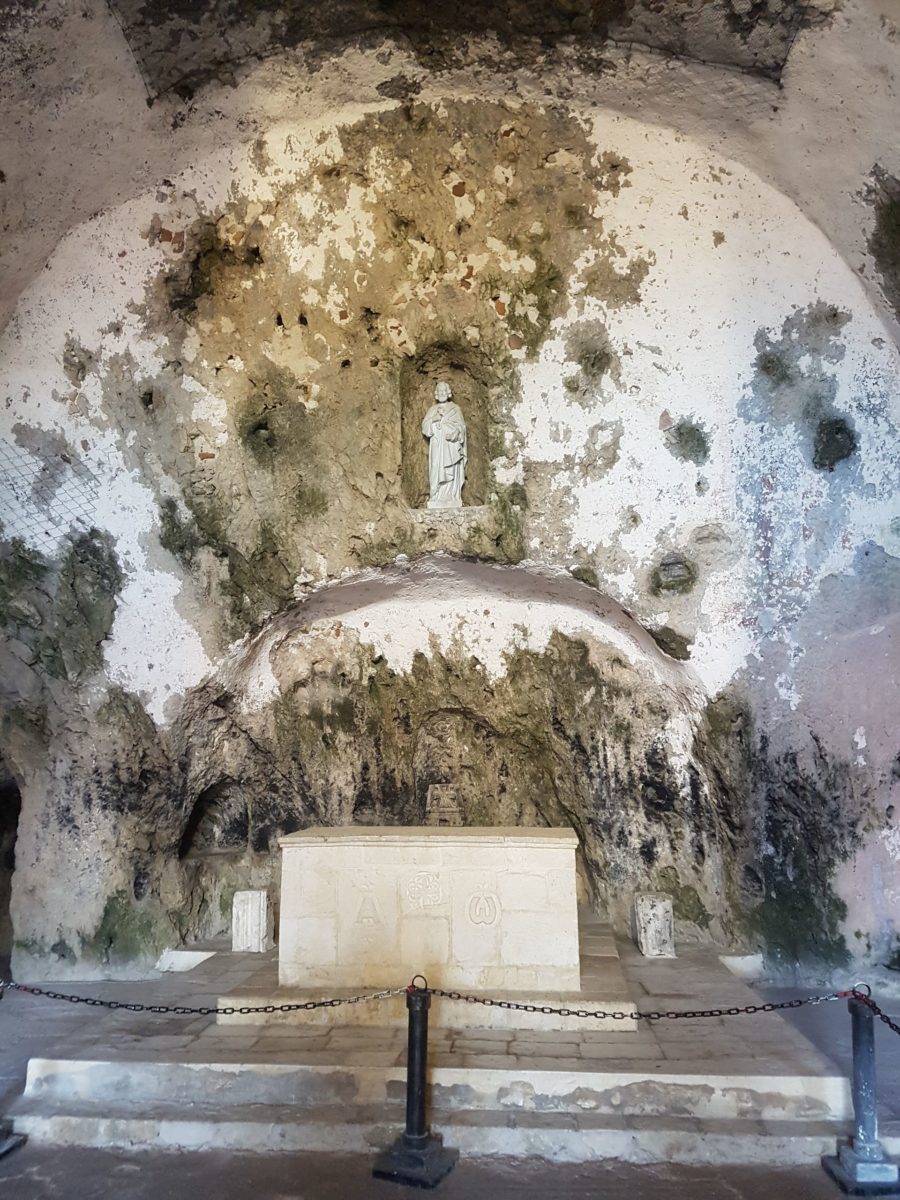 The New Orthodox Church was erected from white stone on permission of Islamic authorities in 1833 on the site of an old ruined temple. No less than 8 churches belonging to different confessions remain active in the city. 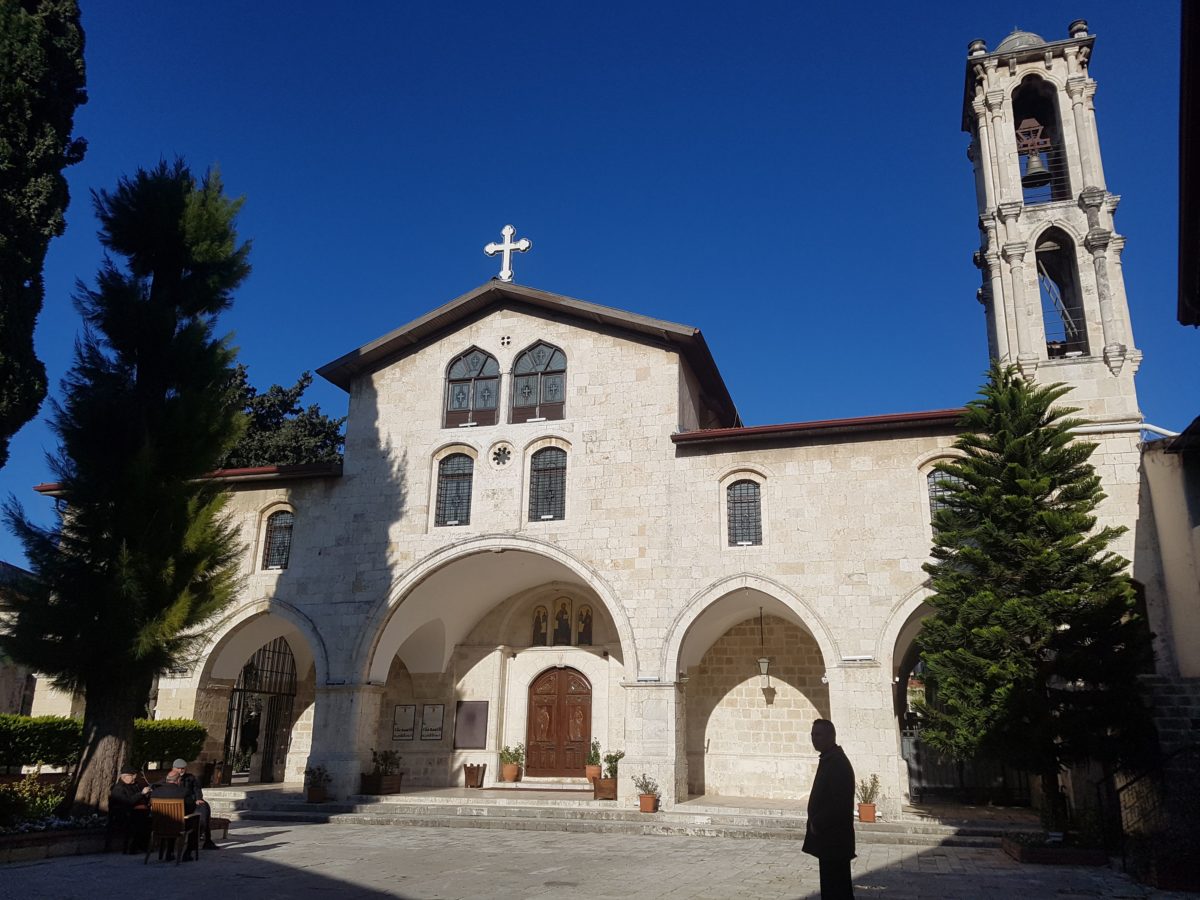 The Habib-I-Nagar mosque built soon after the Arab conquest of the city in 638, being one of the oldest not only in Turkey but the world over. 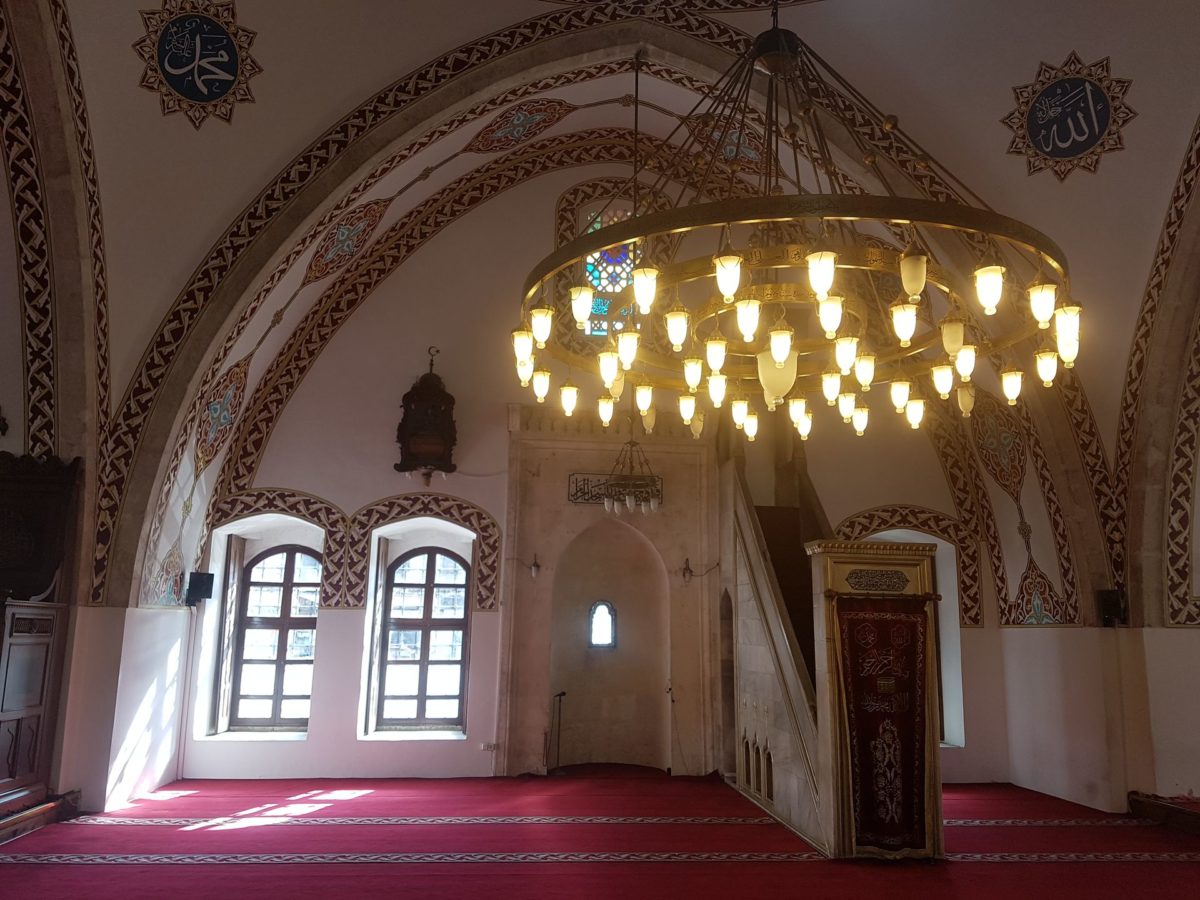 The Antioch synagogue. A large Jewish community, mostly comprised of the Middle Eastern Mizrahi Jews, had been residing in the city through most of the Medieval period. 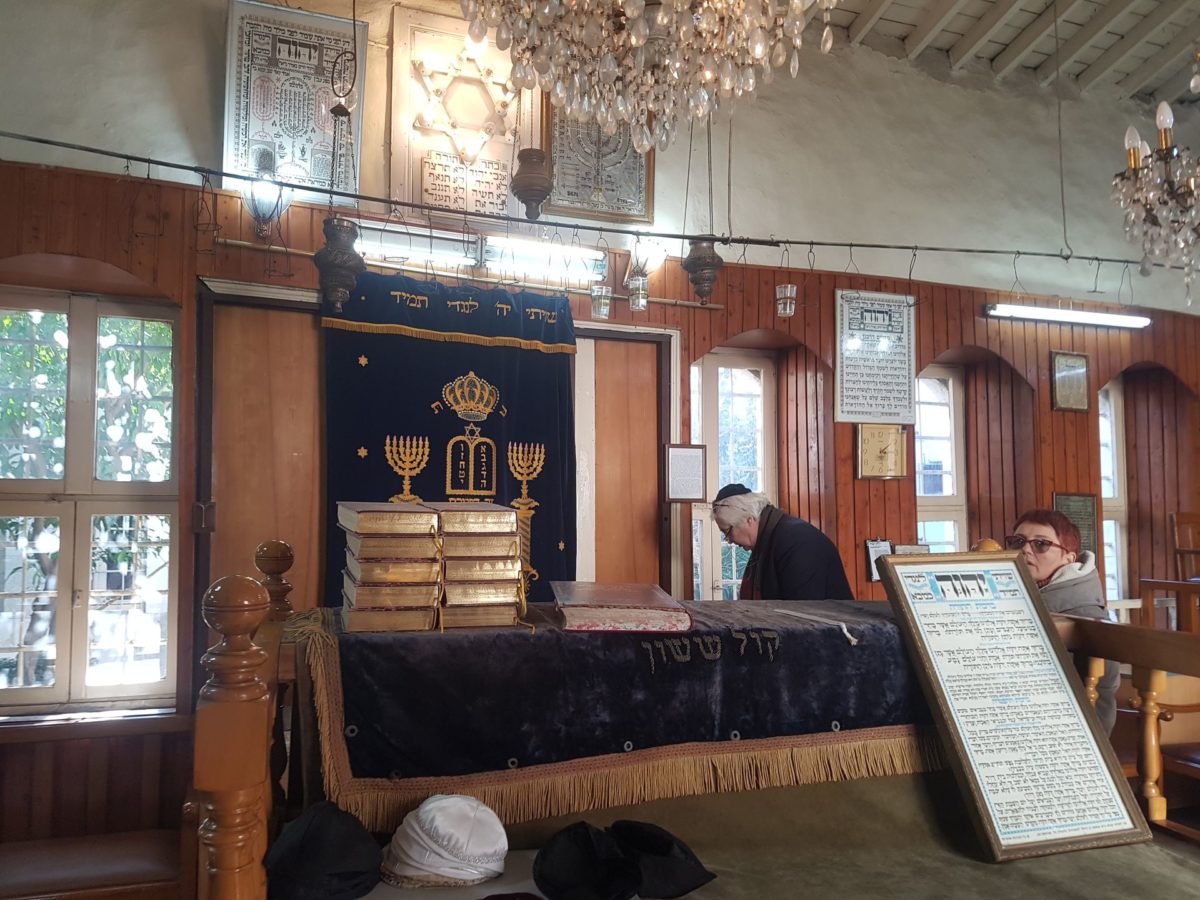 Oriental bazaar in Antakya where one can buy traditional local handicrafts. 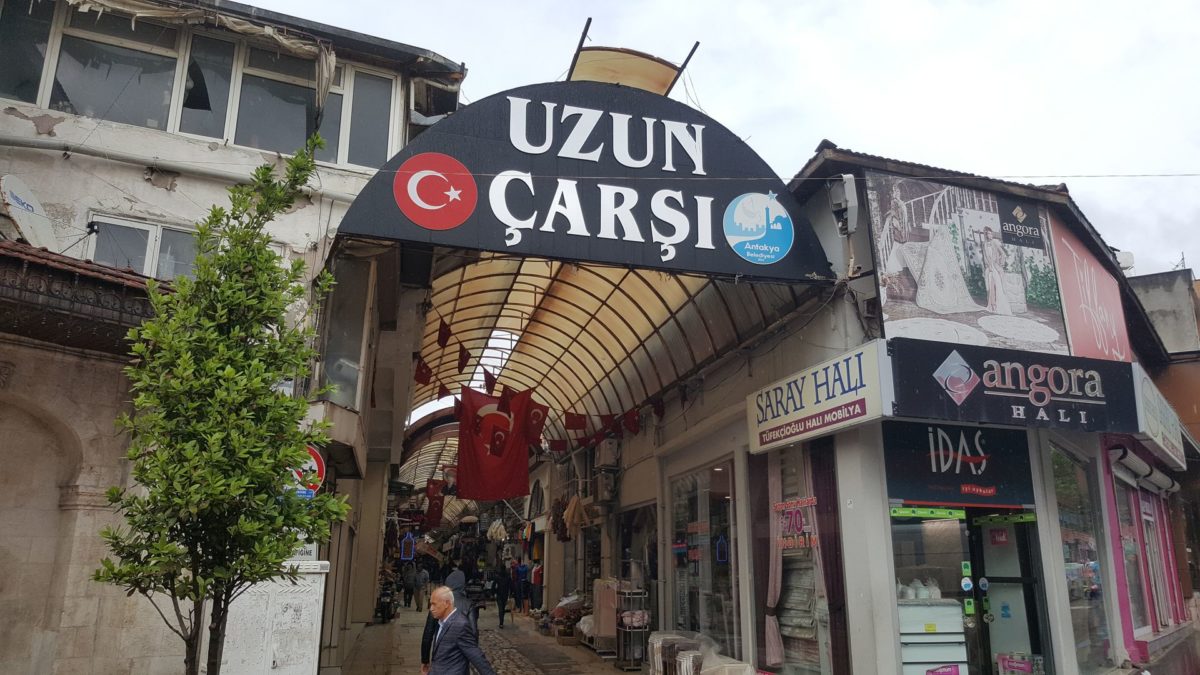 The tunnel of Titus Vespasian used to supply water during the Roman period. Located in the Samandag district to the west of Antakya. 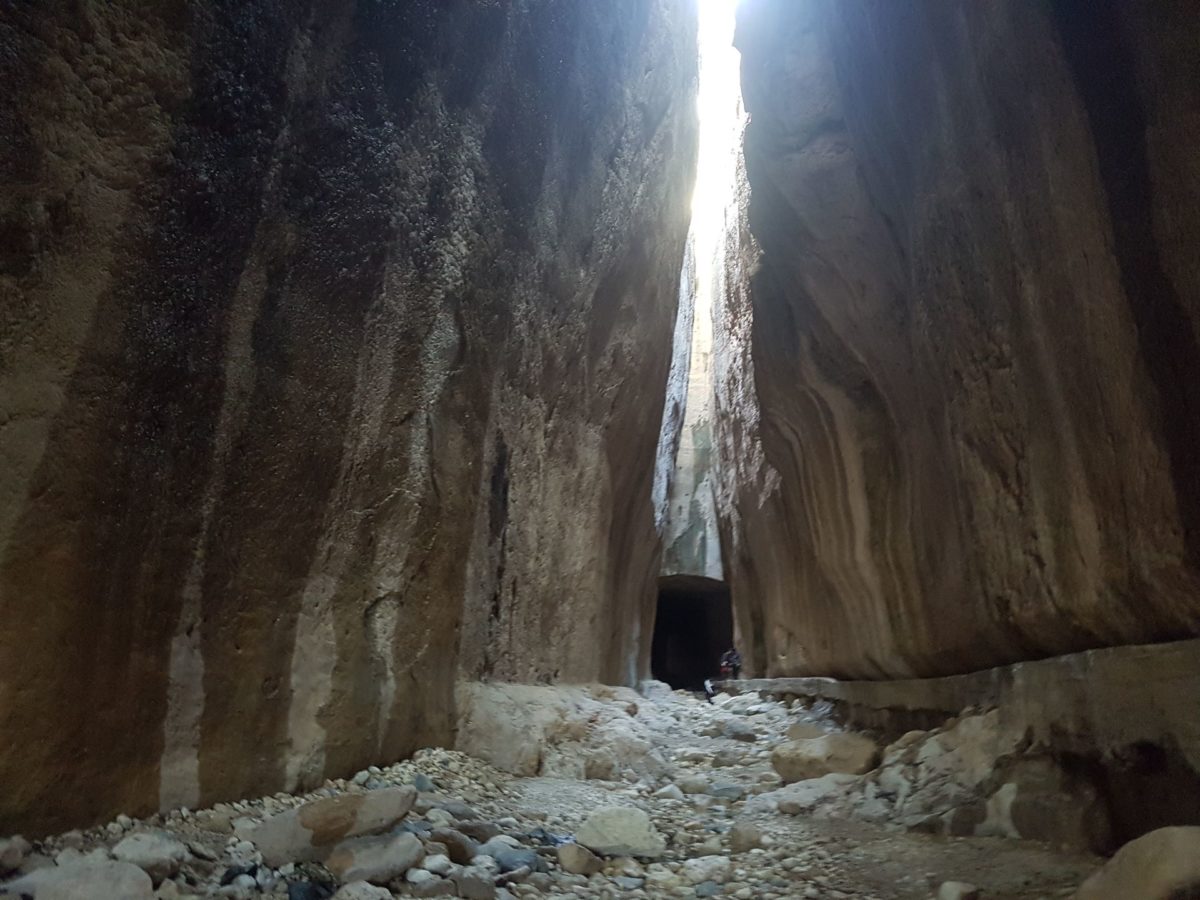 The ancient city of Seleucia Pieria that used to be the sea gates of the Antioch. It is famous for its cave labyrinth and necropolis. 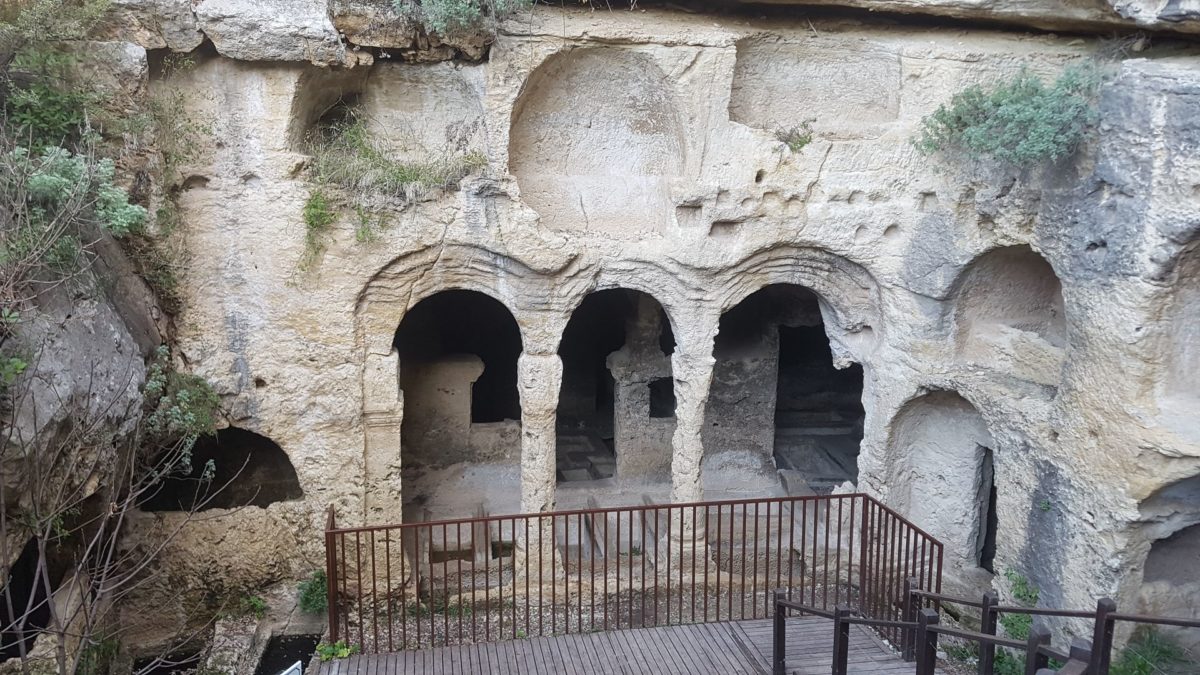 The ruins of the monastery of St. Simon. 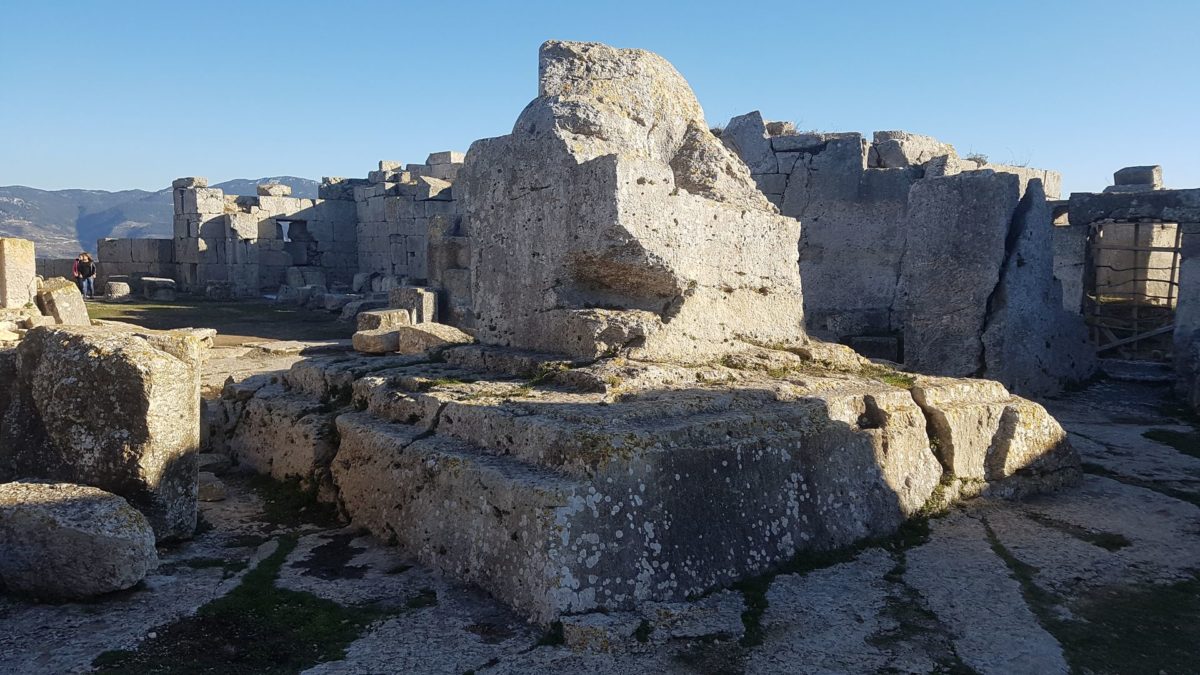 The Bagras Fortress not far from Iskenderun constructed to control the “Syrian gates” pass in the Amanos mountains. 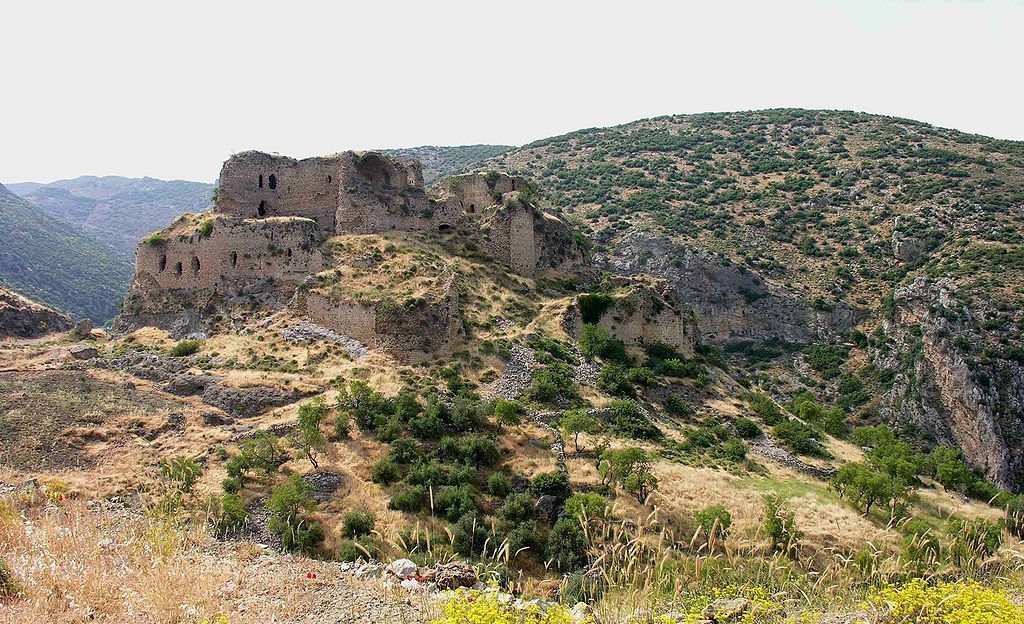 Alanya is usually considered the warmest sea resort in Turkey. It is, however, not totally true – the average annual temperature in the coastal area of the Hatay province is 0.5-1°C higher. The sea warms up a little later than in the Antalya province, but the hottest month is, surprisingly, September, when the temperature may happen to reach +40°C. Due to the dry climate, similar to that of Lebanon, local heat is quite tolerable.

There is little rainfall in Hatay and it mostly common during the winter months. The winter is very mild. Meteorologists have never recorded a temperature below -0.8°C in the coastal area, although it can snow high in the mountains staying until spring.

The international airport is located to the north of Antakya. Most of the flights are currently domestic. This disadvantage is, however, compensated by the high frequency of flights and their low prices. The lowest Istanbul-Hatay fare, including all taxes, would be as low as 150 TL (about 25 Euro) for an economy class seat and 680 TL for the business (roughly 110 Euro)